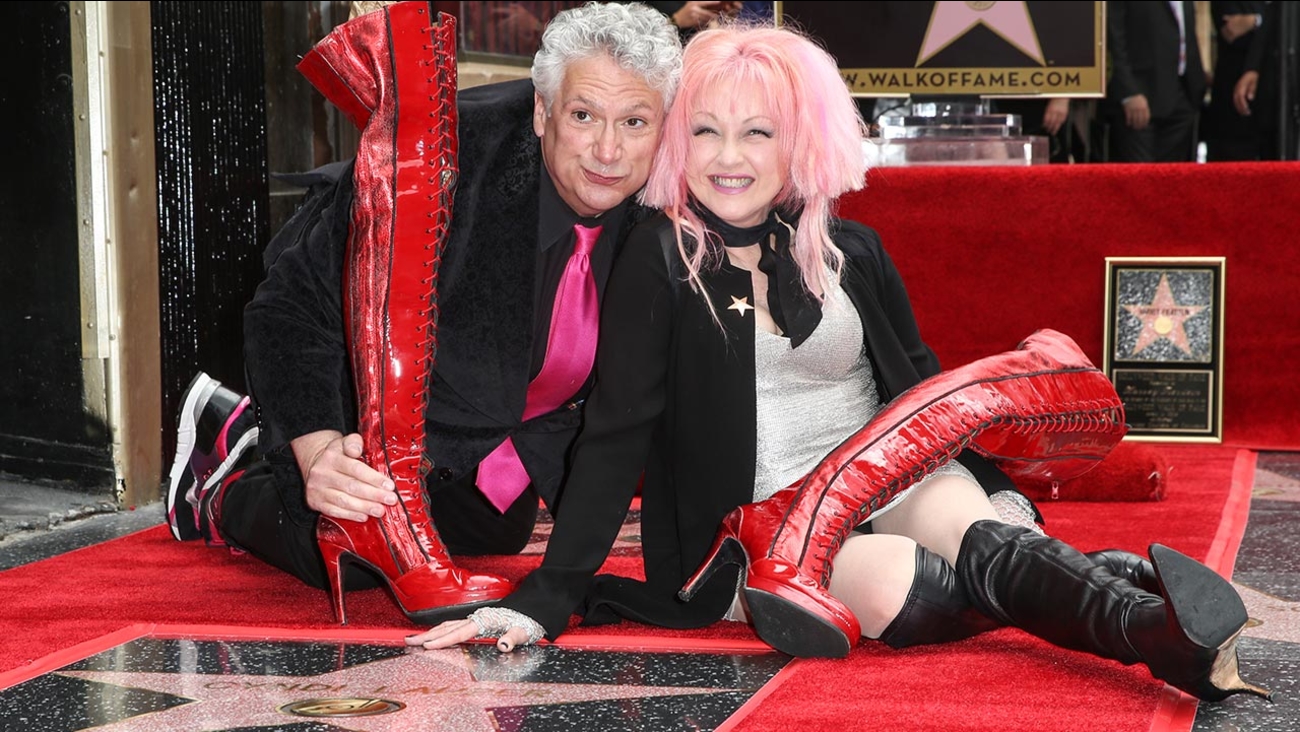 Harvey Fierstein, left, and Cyndi Lauper attend a ceremony honoring them with stars on the Hollywood Walk of Fame on Monday, April 11, 2016, in Los Angeles. (Rich Fury)

HOLLYWOOD, LOS ANGELES (KABC) -- A ceremony to honor Cyndi Lauper and Harvey Fierstein was held in front of the Pantages Theatre as their stars were added to the Hollywood Walk of Fame on Monday.

Lauper and Fierstein created the hit Broadway musical "Kinky Boots," which opens at the Pantages on Wednesday.

Lauper is a two-time Grammy winner known for her smash hit "Girls Just Want to Have Fun" and Fierstein is a four-time Tony Awards winner who starred in "Hairspray."