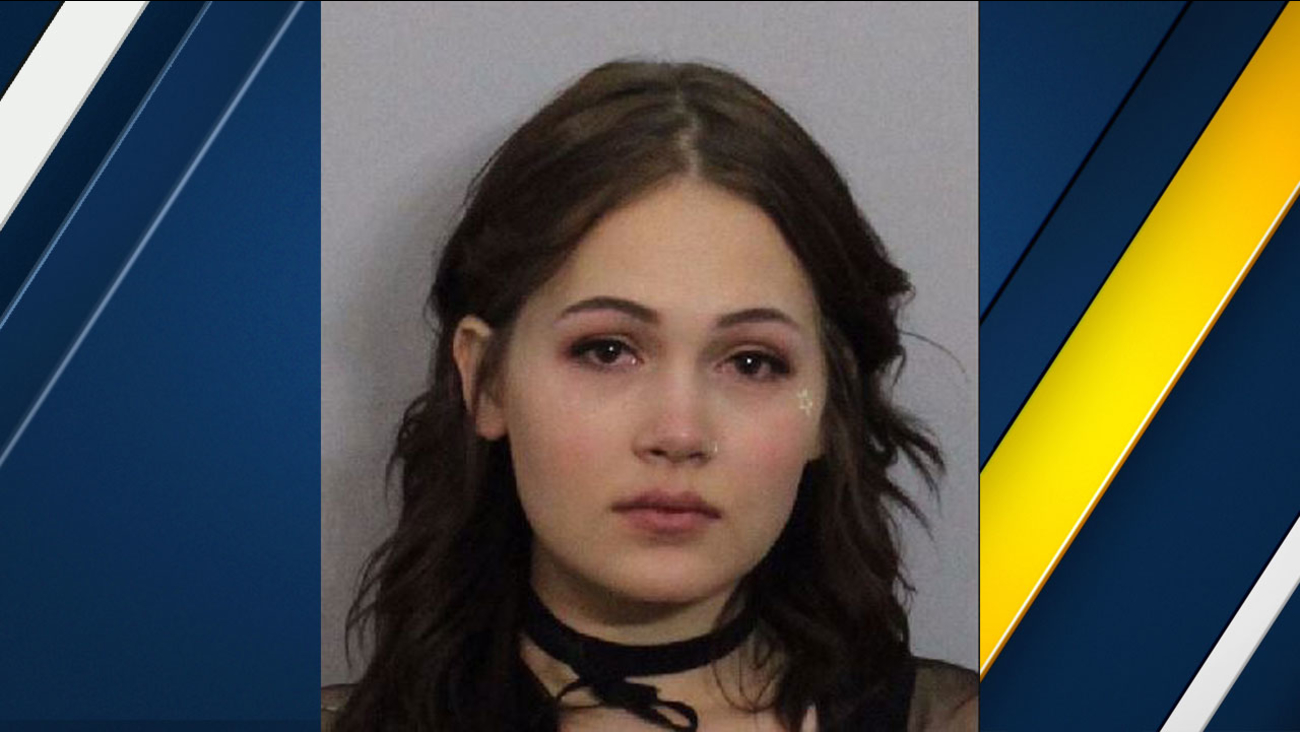 Kelli Berglund, 20, is shown in a booking photo taken by the Indio Police Department. (KABC)

Berglund, who is best known for her role in the show "Lab Rats," was taken into custody around 4:15 p.m., according to the Indio Police Department. Authorities then took her fingerprints and a booking photo before releasing her.

She was cited for being under the age of 21 and having a fake ID.