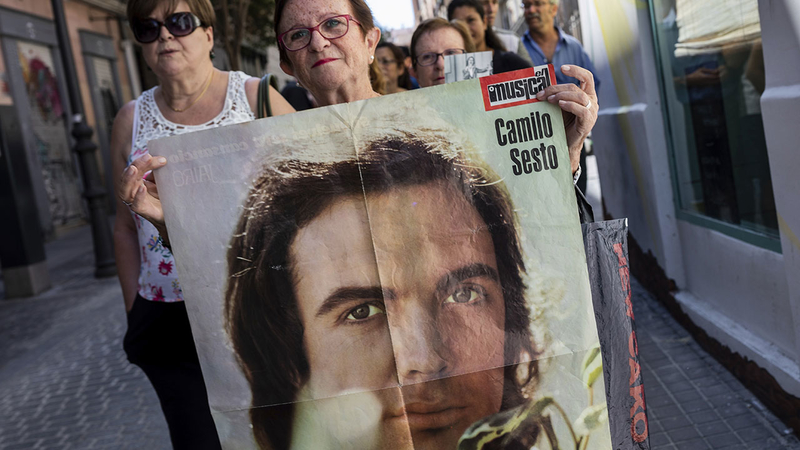 MADRID (KABC) -- Fans of Spanish superstar Camilo Sesto payed tribute to the late singer-songwriter, and they did it in style. Many sang some of his greatest hits while waiting to say a final goodbye.

Lines of fans stretched around the block, all leading to a Madrid chapel where his funeral was held on Monday.

Sesto died early Sunday in a hospital in Madrid after suffering two heart attacks. He was 72.

Sesto, whose real name was Camilo Blanes Cortés, was a popular star in the 1970s and 1980s. He sold more than 100 million records over his 40-year career. His hits included "Algo de mí," ''Perdóname" and "Melina."

In 1975 he starred in the Spanish version of Andrew Lloyd Webber's musical "Jesus Christ Superstar."

Spain's caretaker prime minister, Pedro Sánchez, tweeted that "Spain and all of Latin America mourn the loss of Camilo Sesto. His melodies will always be part of our memory."