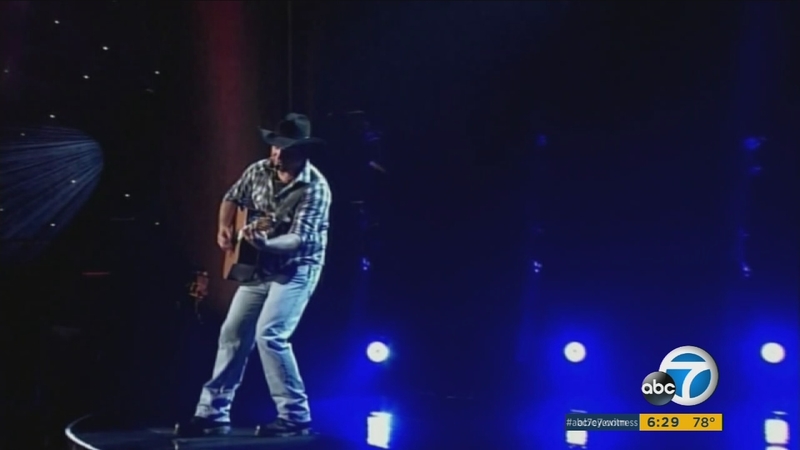 The country music superstar last performed at the venue 21 years ago and is thrilled to be back.

"You're playing music that's made the leap of time, thank god, and then those people that are showing up, they're showing up in record numbers, but they are showing up with this attitude that can't compare to anything, I don't know what it is," he said.

Brooks recently won the Entertainer of the Year at the Country Music Association Awards for the fifth time. He is also the best-selling solo artist in U.S. history with over 149 million in album sales.

The country legend is on a three-year tour with his wife, Grammy award-winning and platinum-selling singer Trisha Yearwood. The couple was not married two decades ago when they performed together.

"The first tour I was on, I was opening for him and I had one song on the radio. I was a studio singer," said Yearwood.

The couple promises fans will hear the songs they love.