Gerard Butler returns to duty with action-filled 'Angel Has Fallen' 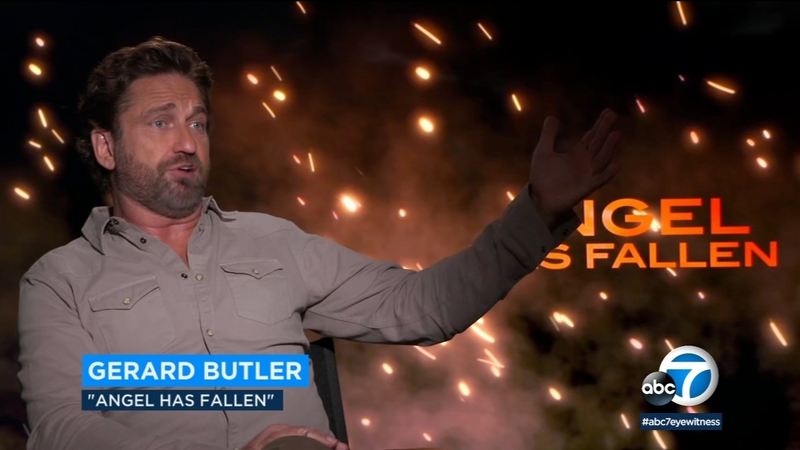 Gerard Butler returns to duty with action-filled 'Angel Has Fallen'

HOLLYWOOD (KABC) -- Gerard Butler returns to duty as a top ranking secret service agent in the new sequel "Angel Has Fallen." For this third film in the franchise, he's still protecting Morgan Freeman, who has now been elected as president.

There's an assassination attempt, and Butler's character is framed as the mastermind behind it all. He spends the film trying to clear his name and find out who's really behind all this.

Butler said when this series started out in 2013, the scenarios were meant to be a bit far-fetched. Today, things are much different.

"We live in such a crazy world and a lot of what these guys are discussing it seems ridiculous, but it's not," said Butler. "We're bringing up stuff that's going on, the fake news, political manipulation, the lies, the election tampering from the Russians, the drones. It's freaky, it really is."

"Angel Has Fallen" is filled with explosive action scenes, but thanks to the addition of Nick Nolte as Butler's estranged, eccentric father, there's also room for heart and humor.

"I walked into a screening during the Nick Nolte scene when we're being attacked. I haven't heard laughter in the cinema like that, even in a comedy it was insane," said Butler. "So it's very funny but it's also a much deeper emotional journey that touches on a lot of interesting themes that pulls you into the movie, so you go on an emotional journey and go on this roller coaster ride as well."