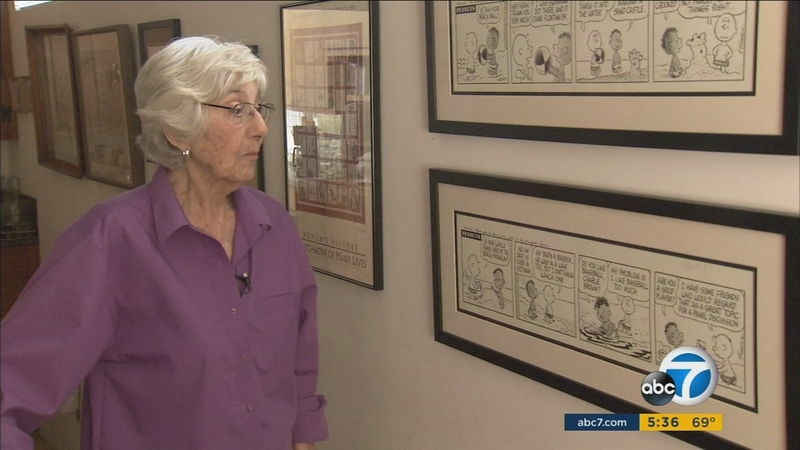 LOS ANGELES (KABC) -- The first "Peanuts" movie is in theaters now, but the "Peanuts" gang has been a part of our lives since its debut in 1950.

Yet, it was during the turmoil of the 1960s that one local teacher became concerned about the fact that the "Peanuts" characters were strictly white.

Harriet Glickman says she was raised to have a strong social conscience so she decided to write to "Peanuts" creator Charles M. Schulz.

"At that point when Dr. King was killed it was like, 'I want to do something, something,' so I wrote the letter," she said. "What I asked for was would he put a black child into the 'Peanuts' comic strip, and that was the start of it."

"I thought this is the strip that is most loved, most known around the world and if he did it who knows what could happen," Glickman said.

She corresponded with Schulz for several months. In July 1968, she received a letter that said: "I have drawn an episode which I think will please you."

Schulz's widow, Jeannie Schulz, says that was always his intention.

"He was not making a statement except a human statement. You know, that we're all human," she said.

Franklin soon became a regular member of the "Peanuts" family, and Glickman considers herself one proud mom.

"My whole family loves Franklin. We consider him a member of the family," she said.