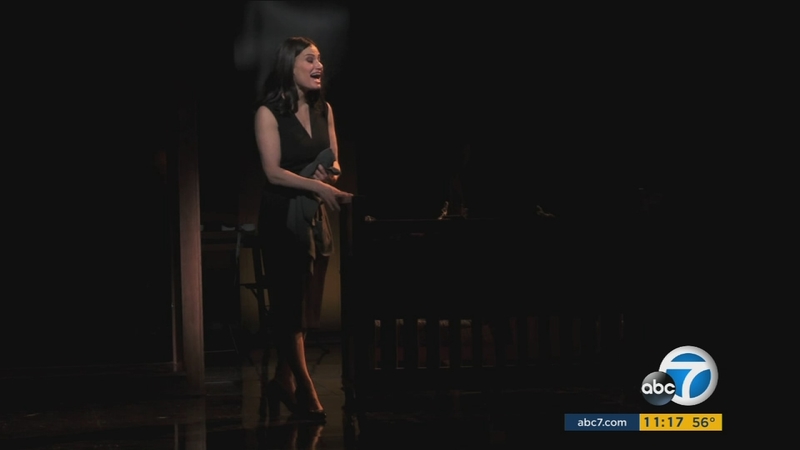 In "If/Then," Menzel plays a 40-year-old woman who moves back to New York City for a fresh start.

The audience watches as her life splits into two parallel paths with both storylines playing out on stage.

"The show came in at a time when I needed it. I, you know, was going through a divorce and just personal stuff in my life and it rescued me. It gave me a place, a sanctuary to kind of put my stuff and figure things out," Menzel said.

Menzel said "If/Then" speaks to her and the experiences she's having in her own life being a working mother.

It's become a very personal project.

"It's not often that there are new musicals that get written. And when it's written with you in mind, that's just an extreme honor in the first place," Menzel said. "And not only am I honored that they had me in mind when they were creating it, but they included me in that creative process. They allowed me to be there from the very early incarnations."

While Menzel is a superstar on Broadway, the song "Let It Go" in the Disney hit "Frozen" changed her life forever.

"Of course, their parents are sick of hearing the song and all but they can relate. And I think they appreciate that their kids are singing a song that's so beautiful and thematically is teaching them something about their own self-esteem and all that stuff as opposed to some of the songs we have our there that I know my son is singing that I wish he wasn't singing," Menzel said.