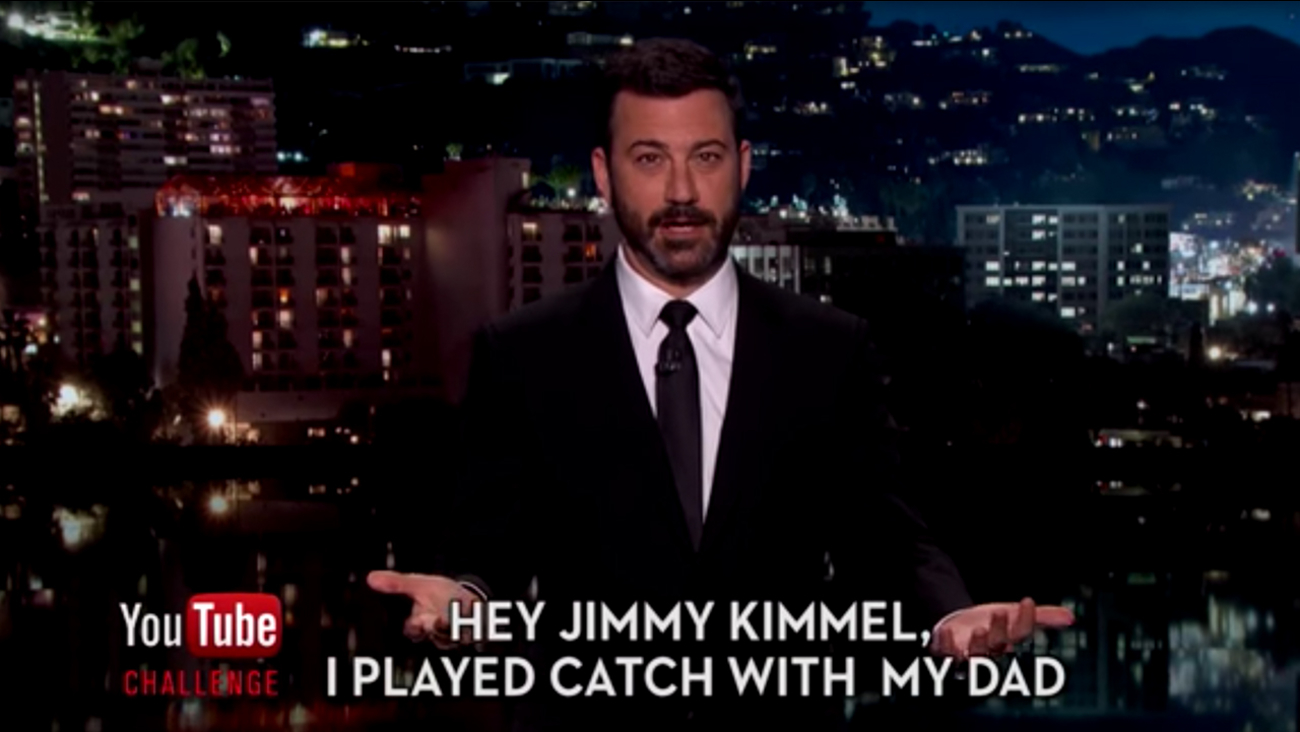 Give your dad the gift of an unexpected game of catch this Father's Day. (Jimmy Kimmel/YouTube)

This Father's Day, Jimmy Kimmel wants you to give your dad the hilarious gift of an unexpected game of catch.

Known for his viral practical jokes, Kimmel's latest paternal prank asks you to film yourself while throwing a ball or object to their dad and say "Dad - catch!" Then after your dad hilariously attempts to catch the flying object, upload that footage to YouTube with the title "Hey Jimmy Kimmel, I Played Catch With My Dad."

You could toss a baseball to your dad as he's slumbering on the sofa after a hearty dinner, or even throw something unusual like a football or crumpled up paper while he's taking a gentle fatherly stroll outside. No unexpected game of catch is too bold, too brash or too sidesplittingly hilarious Father's Day.


The Walt Disney Company is the parent company of ABC Television Network and this station.