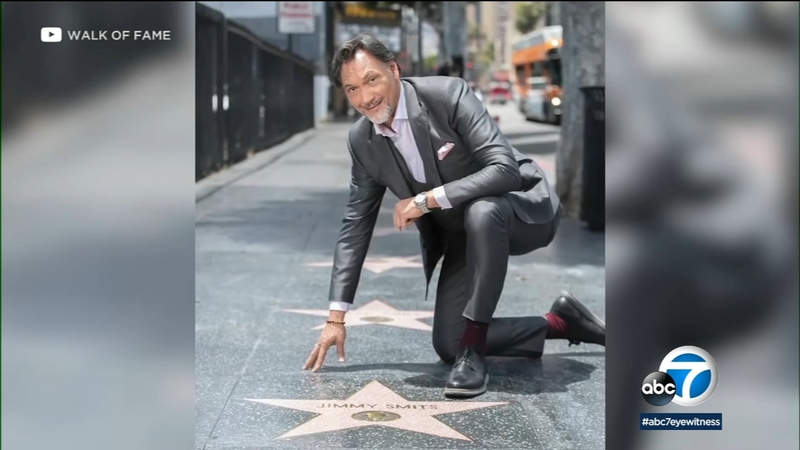 HOLLYWOOD, LOS ANGELES -- Actor Jimmy Smits is the latest star to see his star *virtually unveiled on the Hollywood Walk of Fame.

Smits was humbled by the honor, saying he is just a Puerto Rican kid from Brooklyn who was determined to follow his dream. And boy did he! That dream of becoming an actor sure came true: "LA Law," "NYPD Blue," "The West Wing" and "Sons of Anarchy"-- all successes for Smits.

He's also appeared in several big screen films, including "Old Gringo" with Gregory Peck, whose star is near Smits' at Hollywood and Gower in Hollywood.

"This is pretty mind-blowing stuff, I guess, because it carries a permanence that is humbling," said Smits. "Does it matter that I'm Hispanic, Latino, Latinx? You bet it does! My heritage informs all my characters, no matter who they are."