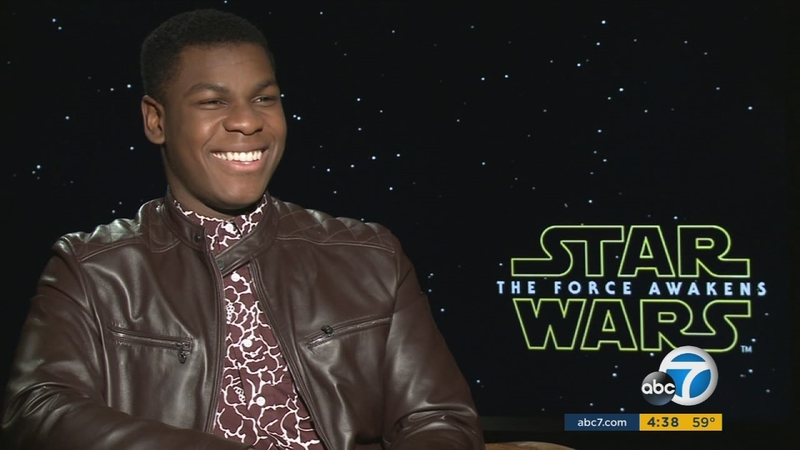 LOS ANGELES (KABC) -- Actor John Boyega said he is beyond excited to be part of the "Star Wars" universe.

"I think they're going to enjoy the movie as a whole. It's a fantastic space opera. I watched it just a few weeks ago and it's an amazing movie. I think people are going to be moved by it. It's a continuation of the old and a good balance of the new and it's going to be really interesting to see how fans react to this film," he said.

Boyega said he can't specifically explain exactly how he feels about what is happening in his life now that he's part of the massively popular franchise. But he did say it's a big part of his life.

"To wake up every morning and to have 'Star Wars' so heavily involved in your life and existence is not such a bad thing. It's quite sweet," he said.

Another great moment for him was with Harrison Ford, who plays the iconic character Han Solo. Ford signed one of Boyega's large "Star Wars" action figures of Han dressed as a Stormtrooper.