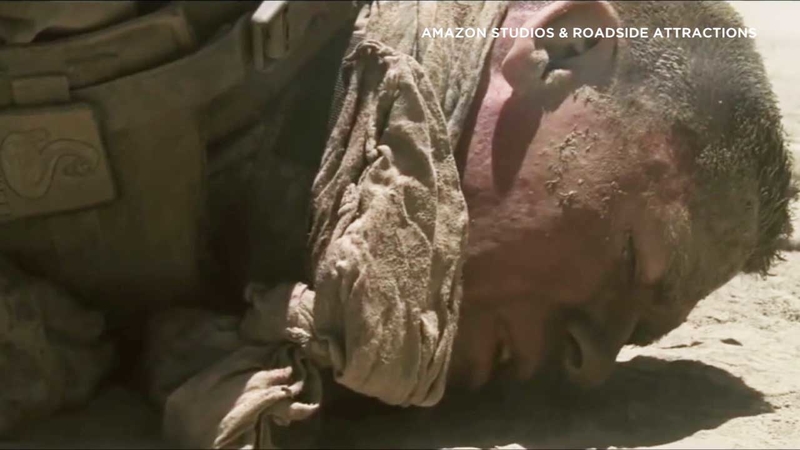 John Cena wrestles with SoCal desert heat for 'The Wall'

LOS ANGELES (KABC) -- Actor Aaron Taylor-Johnson, known to fans of the Marvel universe as "Quicksilver," and John Cena, the wrestling star turned movie star, have made a tense new drama, "The Wall."

It was a grueling shoot, but they were happy to be a part of it. Taylor-Johnson said he spent more time preparing for the film than he did making it.

"I spent two, three months spending time with the guys in the military," he said. "I went to sniper school. I went to a shooting range. I spent time with ex-Marines. It was a 14-day shoot. We had John four days and it was, yeah, it was intense and it was great. It was sort of guerilla filmmaking."

Cena agreed that shooting the film was a grueling experience.

"It was in the hot desert, and we were covered in filth all the time," Cena said. "So it wasn't without its bumps in the road. But I think everybody stepped on a set to make a good movie, and everybody worked their butt off and we got a good movie."

"The Wall" tells the story of two American soldiers trapped by a sniper in the Iraqi desert. The only protection they have is a wall that looks like it could fall at any moment.

To duplicate Iraq on film, director Doug Liman set up shop in the Antelope Valley just outside of Los Angeles.

"I needed a desert that looked like Iraq, and if you go outside Edwards Air Force Base a little ways, you actually find desert that looks just like Iraq," said Liman. "It's a shame that so many movies leave Los Angeles and shoot elsewhere, because the best crews in the world really are here in Los Angeles."

The cast and crew had to battle blistering heat and sand storms during the shoot - conditions similar to those real soldiers in Iraq have faced.

"I've shot in some rough conditions," said Liman. "We shot in the Czech Siberia in the middle of winter for 'Bourne Identity,' but nothing compared to being in the desert in July shooting 'The Wall.' I mean, I didn't know earth got that hot."