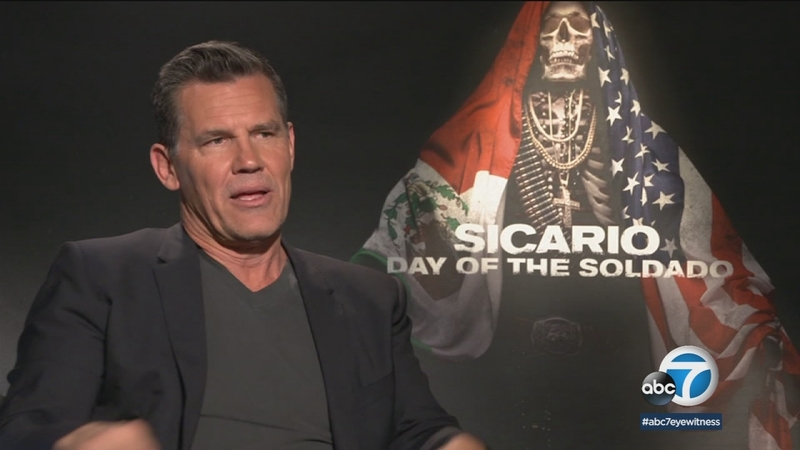 From his larger-than-life portrayal of the villain Thanos in "Avengers: Infinity War," to his turn as time-jumping cyborg soldier "Cable" in "Deadpool 2," to his newest movie, the sequel "Sicario: Day of the Soldado," Brolin is having a killer summer.

Add to that, he has a baby on the way with his wife, Kathryn, and things couldn't be brighter.

"It's been a very, very good year, a good couple years actually," said Brolin. "The making of it, coming out, we couldn't have planned one coming out after the other but I like the sequence in which they came out."

In "Sicario: Day of the Soldado," Brolin reprises his role of a military operative who's seen and done just about everything. The 50-year-old actor was intrigued at the idea of working opposite his close friend Benicio del Toro once again.

"There's something I have with Benny, there's just a trust," said Brolin. "When you work together you have a trust, or you don't, a lot of actors you kinda have to act your way through it. You know - I'm in love with this person, but I'm really not. With Benny there's an ease, a trust, a friendship, and also professionalism."

"Sicario: Day of the Soldado" again centers on the drug trade, with the line of good and bad, legal and illegal, constantly blurred. Brolin said he was drawn in by the originality of this new story.

"I hate the idea of sequels," said Brolin. "I don't like the idea personally, but if you have somebody come in and do something very fresh, yes you kind of take the through line of the last movie but you make something isolatedly good... that's not only very difficult but it's very satisfying when you can do it."