Kathy Griffin is back with 'A Hell of a Story' 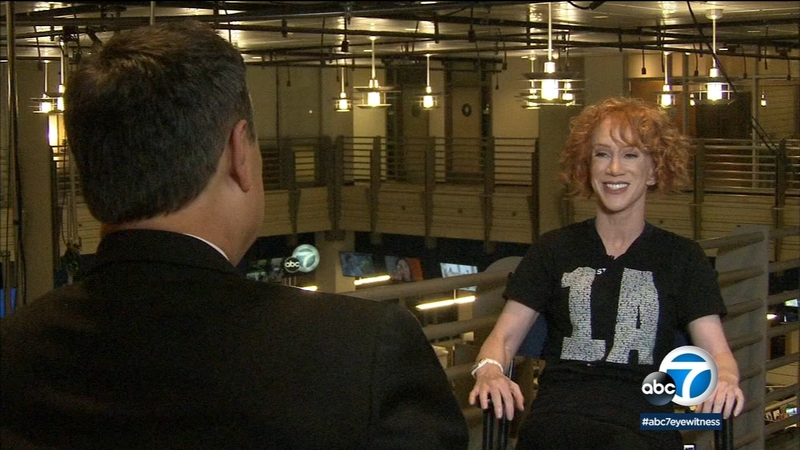 Comedian Kathy Griffin is back with 'A Hell of a Story'

HOLLYWOOD (KABC) -- On May 30, 2017, the life of comedian Kathy Griffin changed dramatically. She posed for a photo, holding a fake severed head designed to resemble President Donald Trump. The response to that was swift... and severe. Now she is recounting what she went through in a new movie called "Kathy Griffin: A Hell of a Story."

"It was such a cave-in. I mean, you know, the president coming after me, the Department of Justice. I was on the No Fly List," said Griffin. "They opened an investigation considering whether to charge me with conspiracy to assassinate the president of the United States."

When her stand-up work here was all canceled over the outrage surrounding the photo, Griffin decided to tour outside of the U.S... and was detained at every airport along the way. She also got--and still gets--death threats.

"It's important for me to say to people I don't mind if you're offended one bit. That is your right," said Griffin. "Just don't think I really joined ISIS. Luckily, enough time has passed where people are kind of going, 'Oh, in retrospect, the photo wasn't really that much of a big deal where it was the lead story on the news for, like, 17 days in a row or something crazy like that.' I think it was a shiny object to distract from other things."

This all took its toll on Griffin, who decided to tell her story mixing documentary style film making with stand-up comedy. "Kathy Griffin: A Hell of a Story" will play in theaters all over the country--for one night only, Wednesday, July 31, followed by a live-streamed Q&A in those theaters.