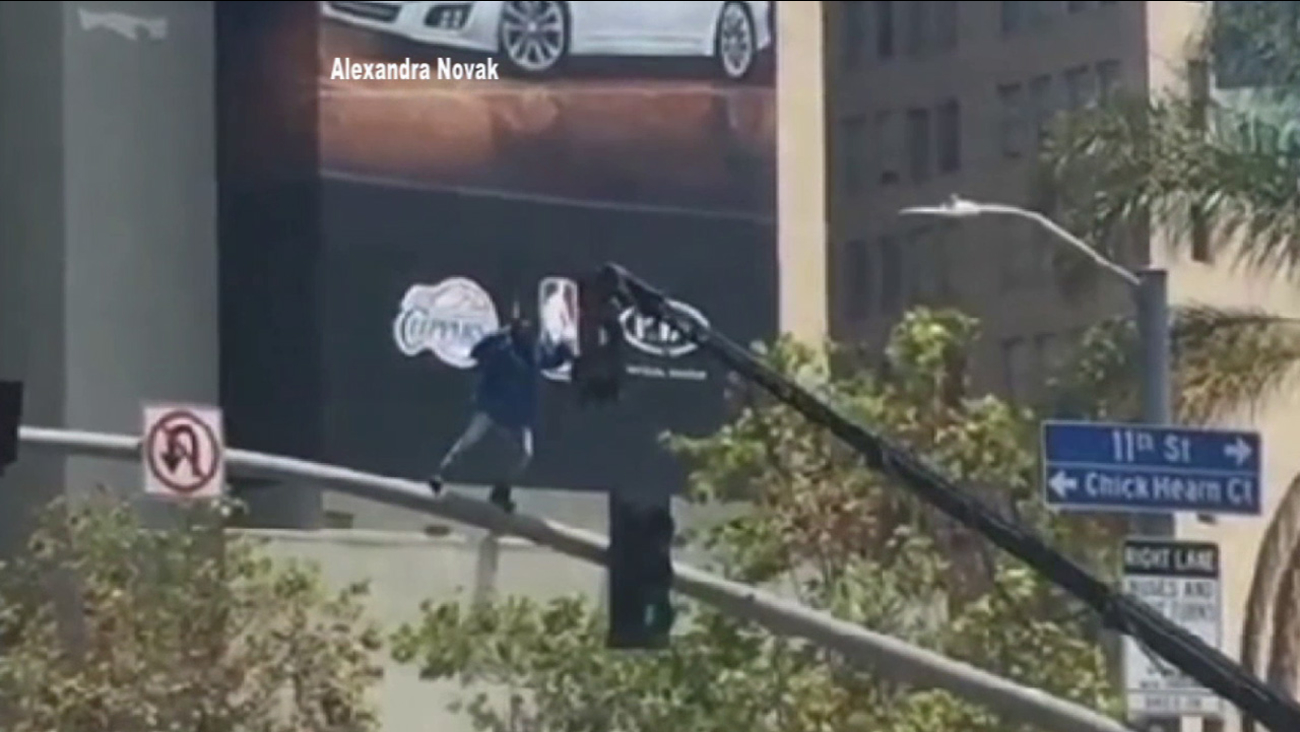 Kendrick Lamar shot part of his video for 'Alright' from his third studio album, 'To Pimp a Butterfly,' at Figueroa and 11th streets in downtown Los Angeles Thursday, May 28, 2015. (Courtesy of Alexandra Novak)

The rapper mounted a street light at Figueroa and 11th streets, near L.A. Live.

The track, a collaboration with Pharrell Williams, is from his third studio album "To Pimp a Butterfly," which was released in March.

Lamar was suspended by cables from an overhead crane. A release date for the video has not been set.

The two-time Grammy Award winner, who was born and raised in Compton, was recognized for his charitable work earlier this month by the California Senate.