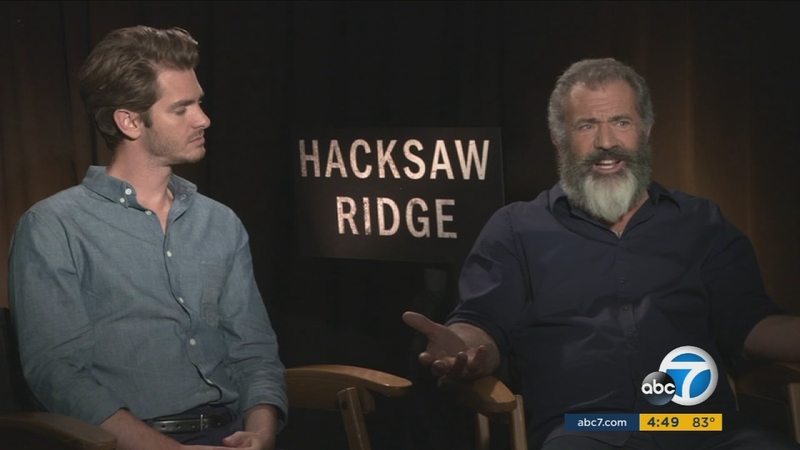 Despite initial hesitation by the Army, Doss went on to become the first conscientious objector in American history awarded a medal of honor.

"Those are the stories worth telling if you're going to spend two years of your life on a film," said Gibson. "And I think this fit the bill entirely. It's a love story in the midst of hell."

The love story involves Doss falling in love with a nurse at the same time he feels compelled to join the army. Teresa Palmer plays the film's love interest.

"Andrew really embodies so many of the same characteristics that Desmond does," said Palmer. "He is so humble and beautiful and he really has these deep-rooted morals that Desmond has. So it was kind of perfect casting."

The physicality required to play Desmond Doss was not easy for the star, who did plenty of research before shooting ever began.

"I couldn't live up to what Desmond did. No way," said Garfield. "I had to get a great deal of assistance because what he did, first of all, is superhuman. It goes beyond adrenals firing off. There's some divine assistance he had on top of that ridge."

"I wanted to have it be a realistic representation of what our veterans have had to suffer and sacrifice for," said Gibson. "And to give the audience a taste of that experience."