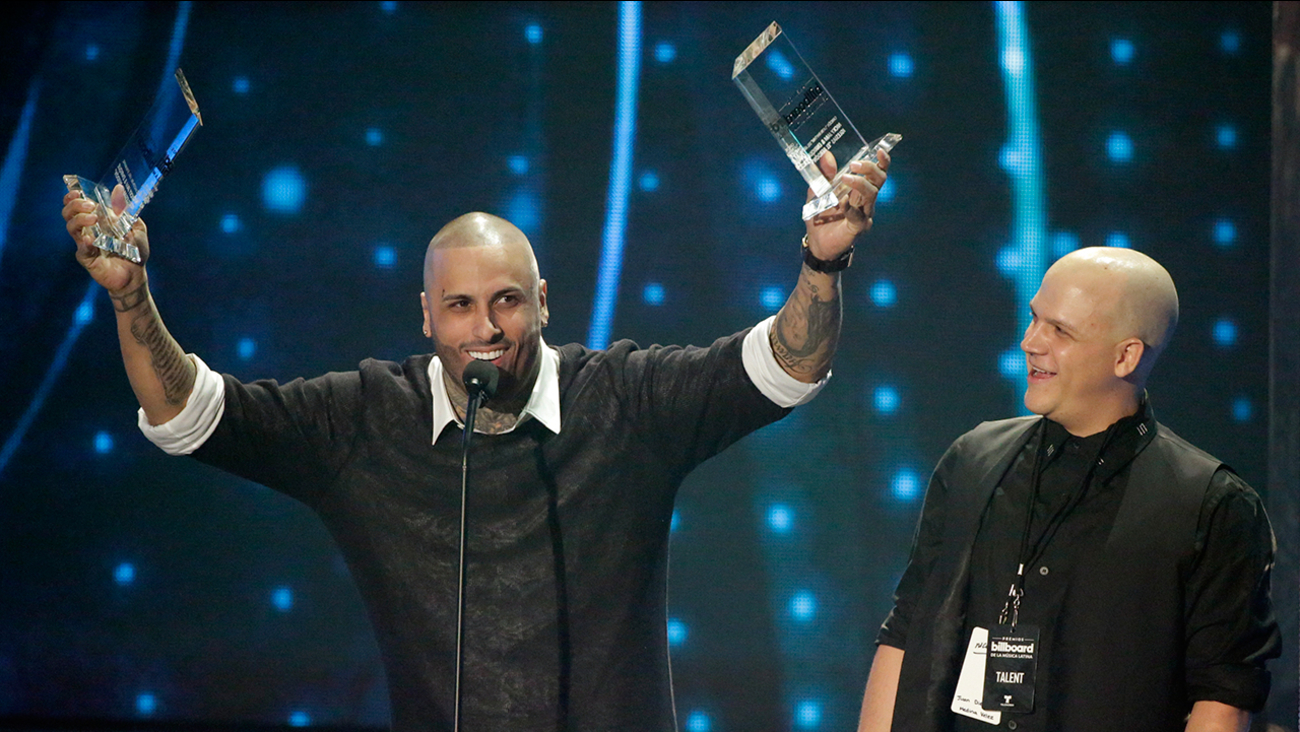 The duet topped an entire night of special pairings and collaborations among Latin artists at BankUnited Center at the University of Miami in Florida, which aired live Thursday on Telemundo. "El Perdon" earned awards for being the top song in airplay, digital downloads and streaming.