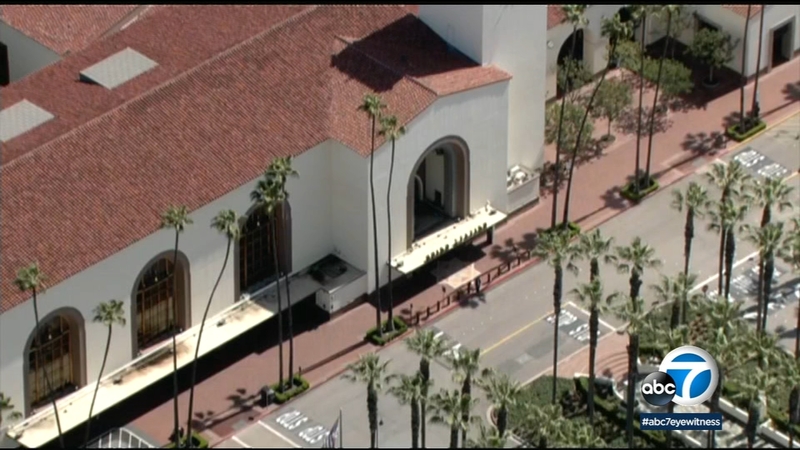 LOS ANGELES (KABC) -- Travelers and commuters who pass through Union Station in downtown Los Angeles will encounter escalating road restrictions over the coming weeks leading up to the 93rd Academy Awards, which will be held in part at the historic transit depot.

Some restrictions have already begun, most notably a closure of the sidewalk lane of northbound Alameda Street at the Union Station entrance.

On Sunday, that lane closure will be extended to cover the entire stretch between Los Angeles Street and Cesar Chavez Avenue. The sidewalk will also be largely closed, except for an 8-foot pedestrian path to ensure access to businesses.

On April 25, Oscar Sunday, the following streets will be shut down:

-- Los Angeles from Alameda to First;

Oscar nominations were announced a couple of weeks ago, a time when even the biggest stars in the world cross their fingers and try to keep calm.

-- Arcadia between Spring and Alameda streets;

-- Aliso between Spring and Alameda streets;

-- east and west sidewalk of Los Angeles Street from Temple to Alameda;

-- east and west sidewalk of Alameda from Cesar Chavez to Temple;

-- south sidewalk of Cesar Chavez from Main to Union Station Drive; and

-- north and south sidewalk of Temple between Alameda and Main.

Most of the street closures will be lifted by 4 a.m. Monday, although some will continue until 6 p.m. Monday.

Union Station will remain open to transit riders, with access to all transit services and vendors. Nearby churches and vendors at Olvera Street will also remain accessible to the public, according to the Academy of Motion Picture Arts and Sciences.