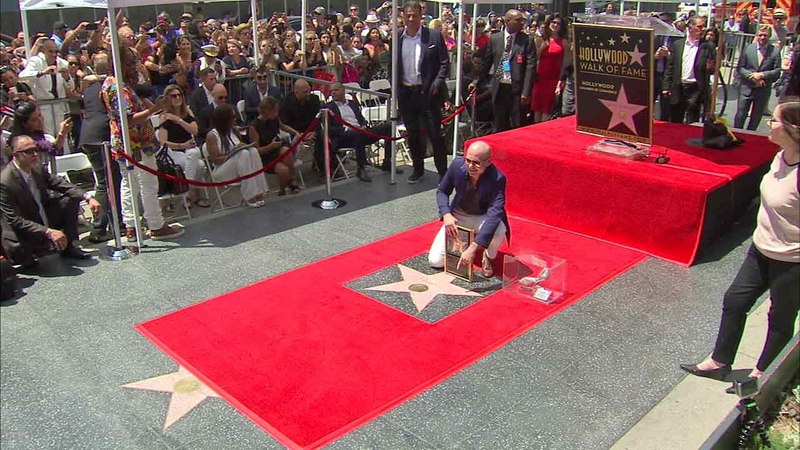 Armando Christian Perez now has a star on the Hollywood Walk of Fame, but the star only has one name on it and it's his stage name: Pitbull.

Rapper Lil Jon was on hand to celebrate Pitbull's star and he was not alone. There was plenty of press there, plus a whole lot of very excited fans and some close friends, too.

"He brings love, joy and passion to every soul every moment you can be with this man," said motivational speaker Tony Robbins.

The Grammy-winning music star known as "Mr. Worldwide" has had top hits in 15 countries, with the potential of more to come.

His 10th album, "Climate Change," is due out this fall.

Pitbull's star is located in Celia Cruz square. He called the late singer an "inspiration." Her estate surprised him with one of her shoes, now encased in a Lucite box.

As Cruz inspired Pitbull, Pitbull is now inspiring the next generation through his involvement with a charter school network.