Rapper T.I. arrested outside his gated community in Atlanta 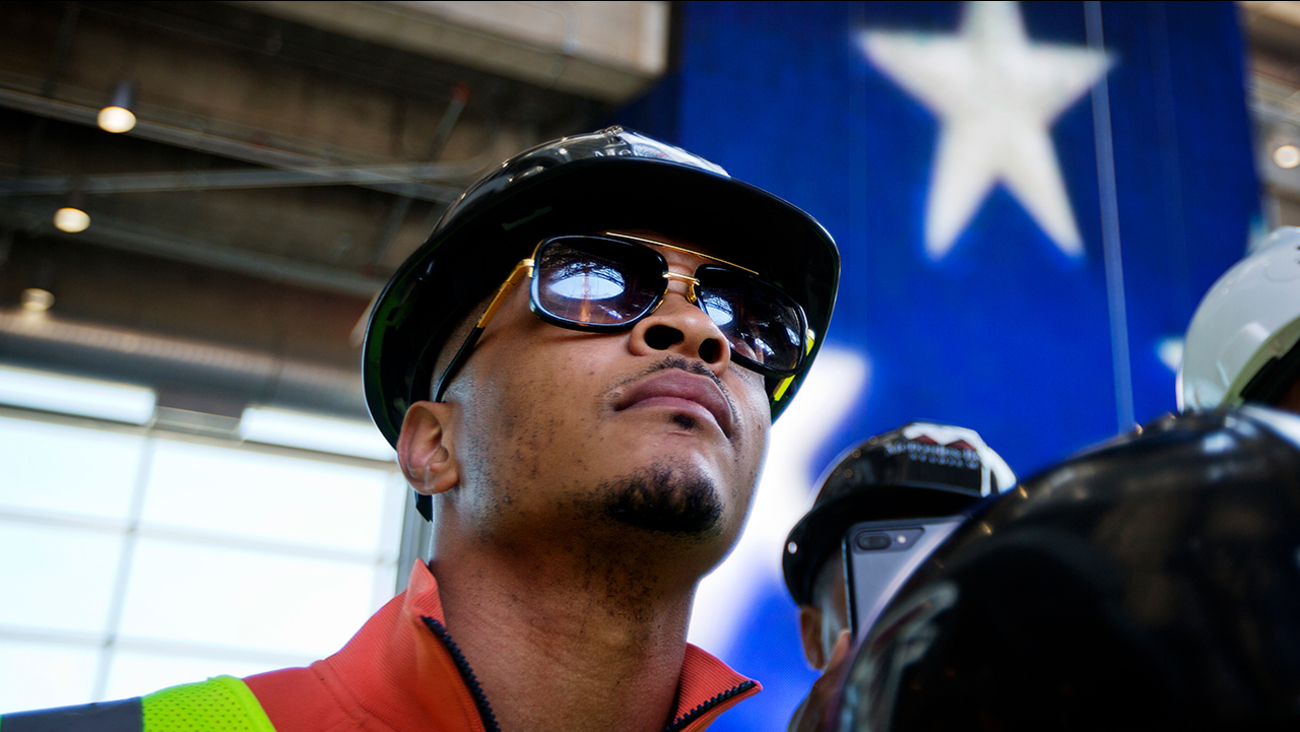 ATLANTA, Georgia -- The rapper T.I. was arrested early Wednesday as he tried to enter his gated community outside Atlanta and was charged with disorderly conduct, public drunkenness and simple assault - but the artist's lawyer called it a wrongful arrest.

T.I. is one of the biggest names in hip-hop, with multiple platinum-selling albums and singles, production credits and roles in films like "ATL" and "American Gangster."

Henry County Deputy Police Chief Mike Ireland said the rapper was arrested around 4:30 a.m. after he got into an argument with a security guard. Media reports say the Grammy-winning artist, whose real name is Clifford Harris, had lost his key and the guard wouldn't let him into the community.

Ireland said T.I. and a friend were arrested. The rapper has been released on bail.

His attorney, Steve Sadow, said in a statement Wednesday that the rapper was "wrongfully arrested." He said the guard was asleep when his client arrived at the guardhouse and it took "some time to wake up the sleeping guard."

Sadow said T.I. identified himself and sought entry, but the guard refused. The rapper contacted his wife Tameka "Tiny" Cottle, who confirmed that her husband should be allowed inside the community.

"The guard continued to refuse entry without justification," Sadow said in a statement, referring to T.I. as Tip. "Words were exchanged and apparently the guard and/or a supervisor called the police. When the police arrived, they were not interested in hearing Tip's side of the story and wrongfully chose to end the situation by arresting Tip."

The rapper served about seven months in prison in 2009 after his arrest on federal gun charges.

He also spent about 10 months in federal prison on a probation violation in 2010 after he was arrested on drug charges in Los Angeles. The drug arrest violated his probation - he had been ordered not to commit a crime and not to illegally possess any controlled substances - and led to an 11-month prison sentence at an Arkansas prison.

Despite T.I.'s arrest Wednesday, the rapper has stayed out of trouble for the past several years. He's been active in the community, focusing on youth programs for boys and girls, and has said he feels his role continues to grow in helping those that need assistance the most. He also is one of 38 advisers for new Atlanta mayor Keisha Lance Bottoms' first 100 days in office.

Last month, T.I. was among thousands who marched in a rally on the 50th anniversary of the assassination of the Rev. Martin Luther King Jr. The rapper also has taken part in a past march in Atlanta against police-involved shooting deaths of African-Americans. He has said he intends to focus on doing things that "affect our communities in a positive light."

A year ago, the rapper said he only planned to release about two or three more albums, telling The Associated Press in an interview that it was "definitely time to transition."

T.I.'s hits include "What You Know," ''Whatever You Like" and "Live Your Life." In 2016, he released the politically charged projects "Us or Else" and "Us or Else: Letter to the System." They served as inspiration for his short film, "Us or Else," which subsequently debuted on BET.
Report a correction or typo
Related topics:
arts & entertainmententertainmentrapper t.i.
Copyright © 2021 by The Associated Press. All Rights Reserved.
TOP STORIES
Burbank: Overwhelming grief over death of street-racing crash victims
California to require health care workers to be vaccinated by Sept. 30
Corona shooting suspect may undergo mental evaluation
Disease-carrying species of mosquito found in Ventura County
Where is my tax refund? Why they're still delayed
Palm Springs to require vaccine proof for indoor bars, restaurants
Hospitals seeing alarming rise in COVID admissions, ER doc says
Show More
Ford brings back the Bronco 4x4
Longest serving nurse retiring at Cedars-Sinai
Men accused of raping, drugging spring breaker face murder charges
Children stopped at US-Mexico border likely hit record-high in July
Here's why pet owners are waiting days, weeks for vet appointments
More TOP STORIES News