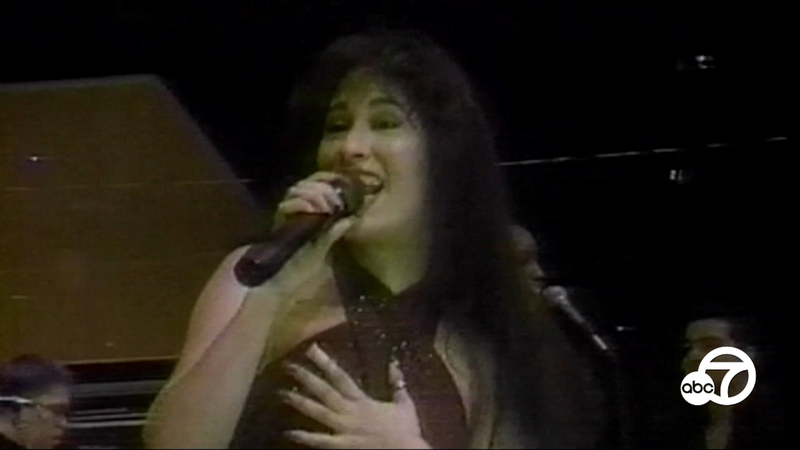 HOLLYWOOD, Calif. (KABC) -- Selena Quintanilla-Perez, known as the Queen of Tejano is an icon.

She lead the way with Spanish language crossover music, and brought that music to a whole new audience.

On what would be her fiftieth birthday, fans are honoring her.

"I think it's a big celebration. Not just for her but for fans around the world because it gives us a lot of thoughts on what could have been and where she would be now," said Roger Gomez, a fan of Selena.

She broke so many barriers, shattered records and paved the way for many in the music industry.

In 1991, Selena became the first female Tejano artist to achieve gold record status.
Many still remember her performance in Houston at the Astrodome in 1995 with a record-breaking crowd.

"Selena is like family to us. She holds a very special place in our hearts. She is someone that I want my girls look up to as a role model," said Angie Flores, another Selena fan.

25 years after her death, Selena is still winning awards. At this year's Grammys, she received the Recording Academy's lifetime achievement award for outstanding artistic significance to the industry.

"I think Selena is very important not just to the Latino-Hispanic community," said Gomez. "I think it's something that everybody can resonate with her and her legacy."