Rita Moreno, daughter had the most fun on the Oscars red carpet 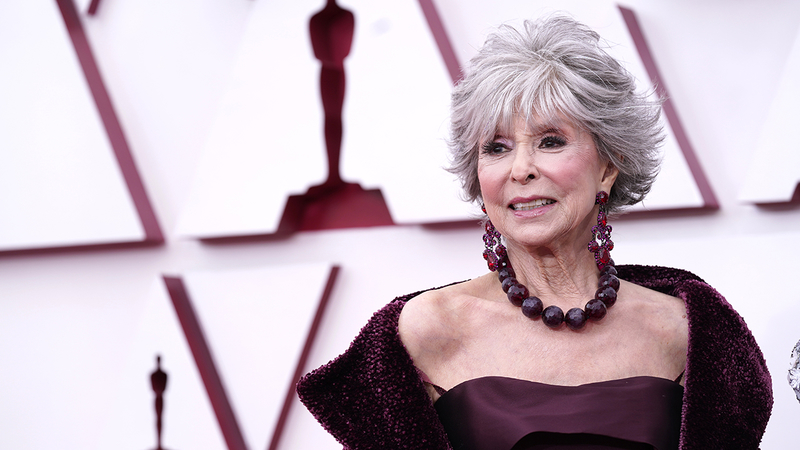 LOS ANGELES -- Amid a parade of celebrities in designer gowns were "two happy women getting out of quarantine" and having the most fun -- show business legend Rita Moreno and daughter Fernanda Luisa Gordon.

The Academy-Award winning actress, who presented at the 93rd Oscars ceremony, brought Gordon along as her date -- and the pair laughed and glowed when talking to On The Red Carpet's George Pennacchio before the show.

"We have so much fun together. She's the coolest mom ever. I'm a lucky girl," Gordon said.

When Pennacchio told Moreno he saw her new documentary, "Just a Girl Who Decided to Go for It," she gasped.

Moreno said while shooting the film, which takes an intimate look at her 70-year career, she promised she would be as truthful as possible -- even if that meant she was caught on camera without makeup.

20th Century Studios released the first trailer for the hotly anticipated "West Side Story," which tells the classic tale of fierce rivalries and young love in 1957 New York City, Sunday night during the Oscars on ABC.

The 89-year-old actress is featured in Steven Spielberg's take on "West Side Story, "which hits theaters in December. Moreno won an Oscar for her portrayal of Anita in the 1961 version of the musical romantic drama. This time around, she's playing Valentina, who owns the corner store in which Tony works.

When asked if she anticipates winning another supporting actress Oscar for the same movie title, Moreno said she can't predict the future but gave the film high praise.

"I just saw it and it is thrilling. Oh my god, [Spielberg's] such a movie maker," she said.

Nominees Leslie Odom Jr., Carey Mulligan and Andra Day were all decked out in gold from head to toe.

The pair then turned the conversation back to Pennacchio, who Moreno said must be exhausted from presenting the On The Red Carpet preshow for hours. She tried to give him a cough drop, but he politely declined.

"Once a mother!" she exclaimed.