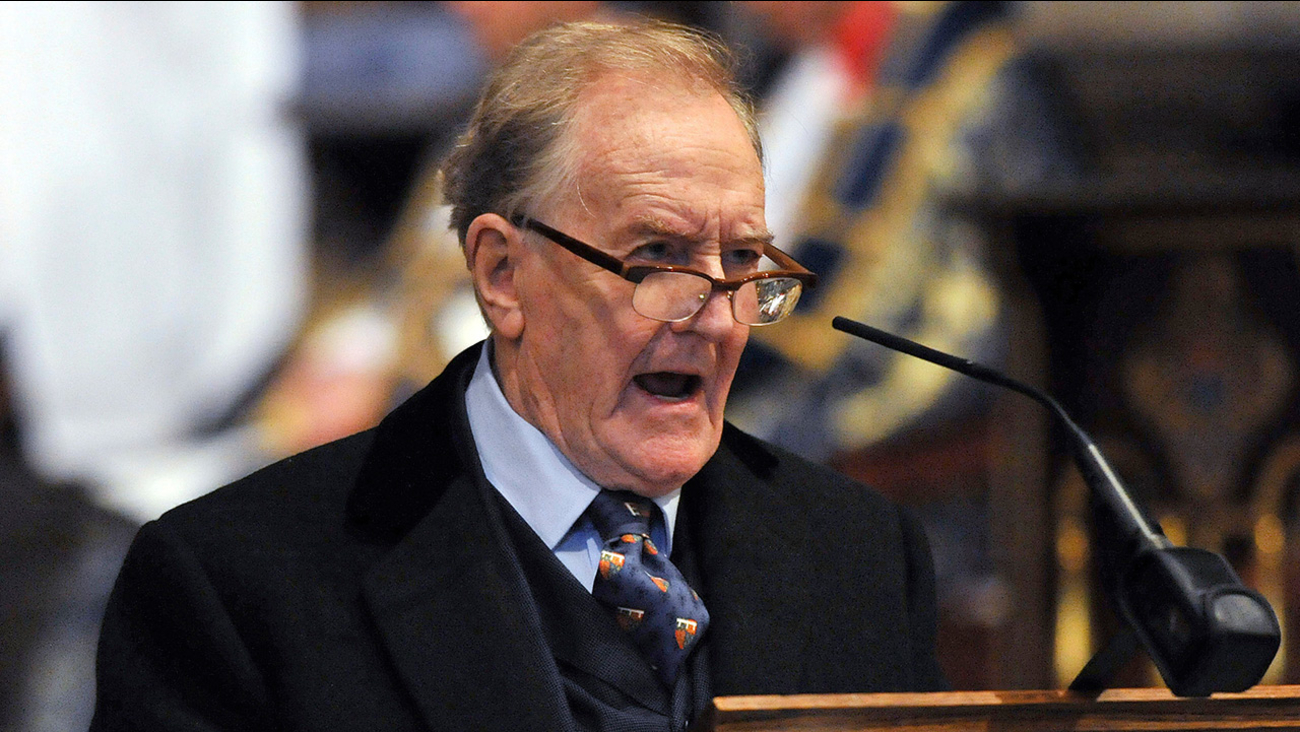 FILE - An Oct. 29, 2015 file photo of Robert Hardy, star of All Creatures Great and Small and the Harry Potter films, speaks in London. (AP)

LONDON -- Robert Hardy, a veteran British stage and screen actor who played Minister for Magic Cornelius Fudge in the "Harry Potter" movies, has died. He was 91.

His family said Hardy died Thursday after "a tremendous life: a giant career in theater, television and film spanning more than 70 years."

Born in 1925, Hardy began his career in Shakespearean roles onstage in Stratford-upon-Avon in the years after World War II.

Between 1978 and 1990 he played eccentric veterinarian Siegfried Farnon in "All Creatures Great and Small," a popular TV series based on James Herriot's books about rural life in the Yorkshire Dales.

In a statement, Hardy's family said he was also "a meticulous linguist, a fine artist, a lover of music and a champion of literature, as well a highly respected historian, and a leading specialist on the longbow."

They said he was also part of the team that raised Tudor warship the Mary Rose, which sank off England's south coast in 1545.

"Gruff, elegant, twinkly, and always dignified, he is celebrated by all who knew him and loved him, and everyone who enjoyed his work," the family said.