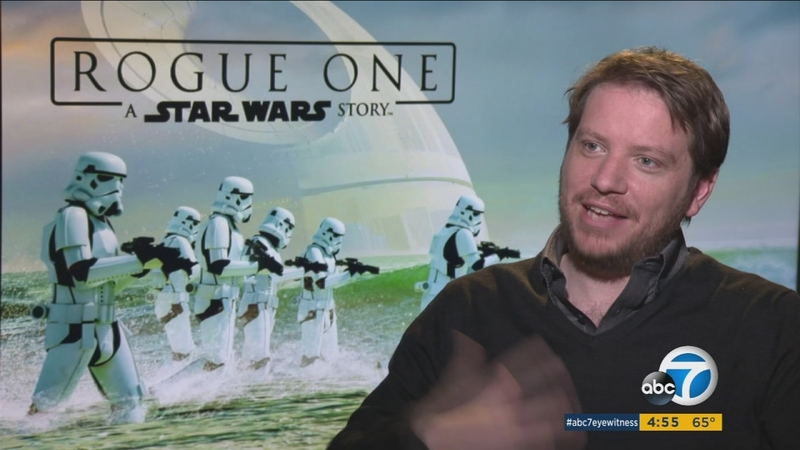 Lasting impact a goal for 'Rogue One' director

LOS ANGELES (KABC) -- Director Gareth Edwards was excited for audiences to experience all that played out on-screen in "Rogue One: A Star Wars Story."

His goal was to engross viewers within the world of Star Wars from beginning to end.

"By the time it comes to those end credits and that classic music kicks in, I hope you'll feel goosebumps all over you. You know, I hope if we've done our jobs correctly, you'll suddenly realize you were... five years old again," Edwards shared.

Edwards said he desired greater realism in "Rogue One" with its unusual world of high-tech and grit. He utilized hand-held cameras to create a documentary-style look for many of the battles.

"It's old meets new and that's what makes it work... It's kind of ancient and the future and nothing in between," Edwards said. "That's what I love. It's like, it doesn't actually make sense but you have this high technology, these amazing things but it's used and beaten up and dirty.

The director looked beyond opening weekend and hoped that the film will remain as a lasting entry in the Star Wars franchise.

"I do think that the real test of a film like this is not when it comes out this Christmas. It's going to be 20 years from now," Edwards said. "If I walk down the street and some guy walks past me, or girl, and they've got Jyn, or K-2, or Chirrut, or a U-wing or whatever on their t-shirt, I'll be like, "Yes!"