'Star Wars' actor Joonas Suotamo coming into his own as Chewbacca 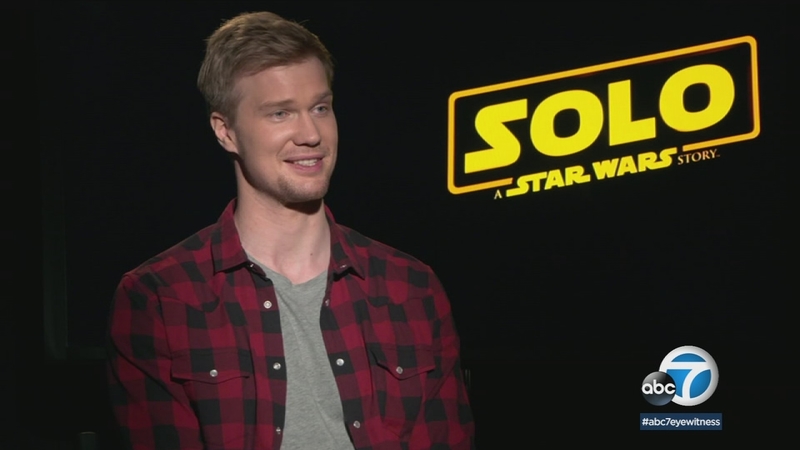 'Star Wars' actor Joonas Suotamo coming into his own as Chewbacca

LOS ANGELES (KABC) -- It's been about three years since Joonas Suotamo stepped off the basketball court and onto the big screen. Now, the Finnish actor is once again playing the role of Chewbacca in the latest Star Wars film, "Solo: A Star Wars Story."

At nearly 7 feet tall, the former hoops star for Penn State and the Finnish national team certainly has the height to suit up as the hairy Wookie character alongside Han Solo, played by Alden Ehrenreich, in the films.

Suotamo also played Chewbacca in "The Force Awakens" and "The Last Jedi."

"Fans have been craving for a story like this," Suotamo says, "Where it's just a story about these two friends. How did they come to be friends? To see that unfold on the big screen and seeing where they started and where they end up and how they grow in the process is marvelous."

Three Star Wars movies in, Suotamo has no plans of veering off his new career path. "I'm very much looking into pursuing acting, both in and out of costume," he says.