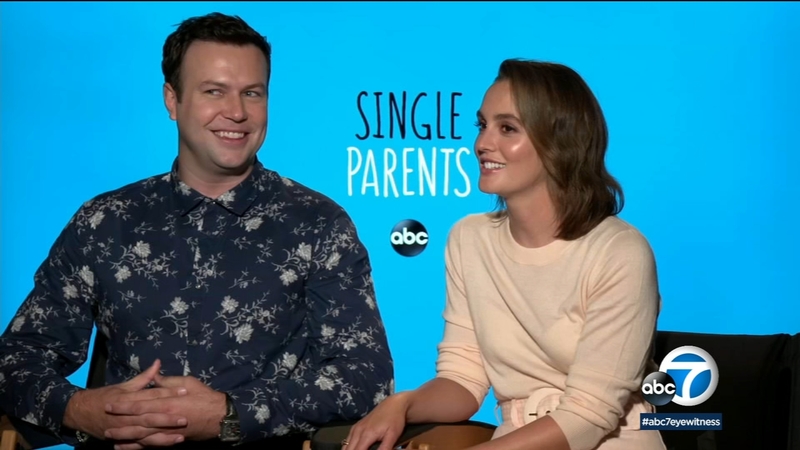 HOLLYWOOD (KABC) -- The ABC comedy "Single Parents" is back for its second season. The series focuses on a group of parents who become friends as they lean on one another while trying to navigate their busy lives.

Taran Killam and Leighton Meester are part of the ensemble cast, and say they found an easy chemistry with one another from the start.

"We're spoiled. I feel spoiled," said Killam. "We know what we want out of a job, and what we don't. We only have to put in mild effort to create an environment that we're all excited to go to every day."

Both stars say they've found in their everyday lives that people want to talk to them about their various experiences as single parents.

"There could be no higher compliment in our profession than someone coming up and sharing a story and saying that your work affects them. I think that's the best," said Killam. "So when it does happen, I'll sit criss-crossed down on aisle four and hear all about it. Gladly!"