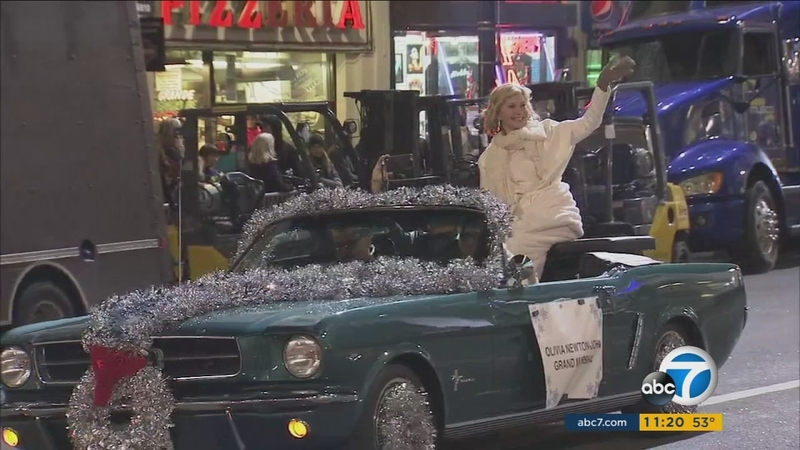 HOLLYWOOD, LOS ANGELES (KABC) -- It was a big day in Hollywood on Sunday for what's billed as the largest Christmas event in America.

The Hollywood Christmas Parade kicked off, and thousands of people lined the streets to watch the spectacle.

The parade started at Hollywood Boulevard and Orange Drive, then made a U-shape.

The 85th annual parade was packed with bands, balloons, floats, and of course the man of the season: Santa Claus.