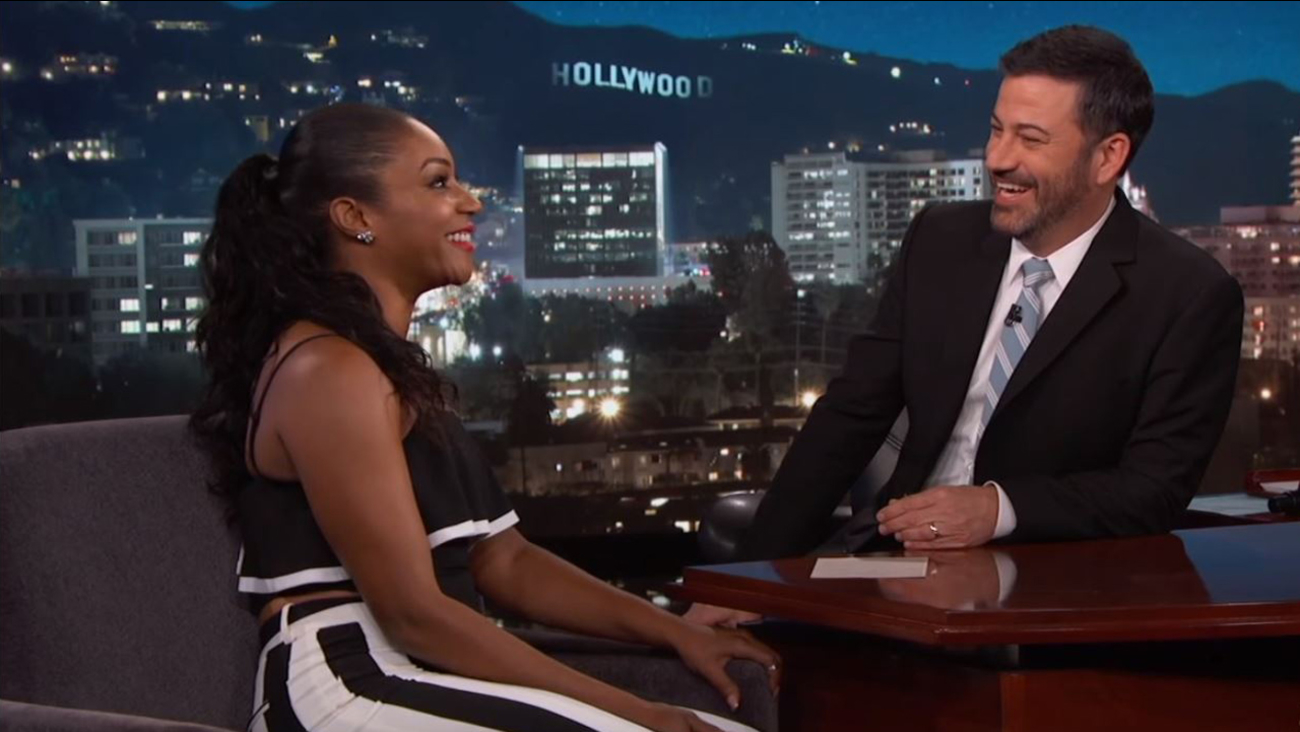 HOLLYWOOD, LOS ANGELES (KABC) -- During an appearance Wednesday on "Jimmy Kimmel Live," actress Tiffany Haddish regaled the late-night host with a sidesplitting story about the time Jada Pinkett Smith and Will Smith accompanied her on a Louisiana swamp tour.

Haddish, a South L.A. native, and co-star Pinkett Smith were filming on location in New Orleans for the new film "Girls Trip" at the time. The comedy also stars Queen Latifah and Regina Hall.

"Was Will Smith allowed to come to the set or was it almost like a bachelorette party?" Kimmel asked.

And with that, Haddish launched into a stemwinder of an anecdote that included her smoking "a whole bunch of weed" before taking advantage of a Groupon deal for the swamp tour.

"I thought it would be super cool to be on the swamp and be high, and like the alligators would be talking to me, and the birds would be singing and the raccoons would wave," Haddish said. "It'd be like I'm in a Disney movie."

She then received a phone call from Pinkett Smith, who said she and her husband had decided to accept Haddish's offer to join her on the tour.

When Haddish picked up the celebrity couple in her "$20-a-day rental car," Smith remarked: "Woah, it's been years since I've been in a regular car."

Pinkett Smith said: "It doesn't have tinted windows, I don't know if I feel safe." A surprised Haddish retorted: "Really, Jada? You from Baltimore, b----!"

When the trio arrived at the "Cajun swamp tour," Pinkett Smith revealed that she thought a Groupon "meant you had a boat that you could take a group of people on."

In response to her co-star's qualms about the crowded vessel, Haddish said: "Jada, you with me. I'm from South Central Los Angeles - ain't nobody gonna mess with us!"

Haddish's prediction was vindicated when several of the tour's participants applauded Smith and Pinkett Smith and asked to take photos with them.

A good time was had by all, after which the multimillionaire Smith told Haddish: "Hey Tiffany, I'm gonna have to get me one of these."

"What, one of these ferry boats?"

The Walt Disney Company is the parent organization of ABC and this station.
Report a correction or typo
Related topics:
arts & entertainmentdistractionmoviesbuzzworthysocietytrendingabcjimmy kimmelwatercooleru.s. & world
Copyright © 2021 KABC-TV. All Rights Reserved.
RELATED 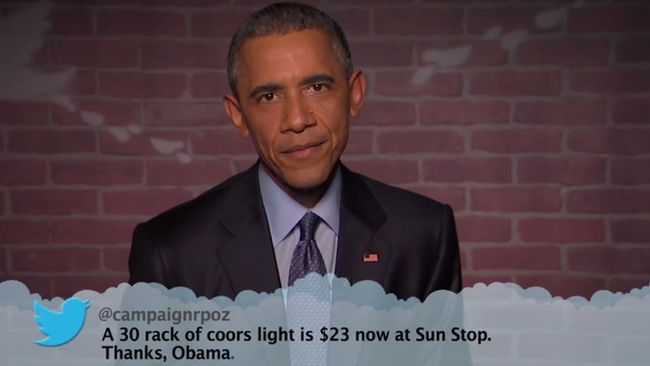