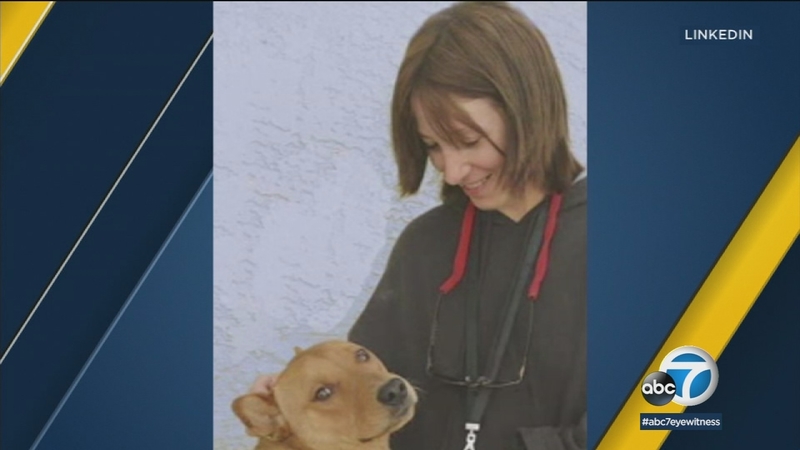 LOS ANGELES (KABC) -- A former television producer was arrested on a murder warrant in connection with the death of her deaf and partly blind sister three years ago in Studio City.

Jill Blackstone was taken into custody in Baltimore on Wednesday, Baltimore and Los Angeles police said. She faces murder and animal cruelty charges.

Los Angeles police said they moved forward on a pending murder warrant for the producer, who had been under suspicion of killing her sister, Wendy Blackstone, after they were notified by Jill's attorney that she had checked into a Baltimore hospital.

Wendy was found unconscious in March 2015 in an enclosed garage filled with carbon monoxide at the sisters' Studio City home on Landale Street. Police said Jill drugged Wendy and put her in the garage with their three dogs.

A charcoal barbecue was left burning inside the garage, setting it ablaze. Wendy was killed along with two of the dogs, investigators said.

Police said Jill staged the scene to look like an accident. Investigators allege her motive was frustration with being forced to care for her disabled sister.

Jill had been arrested on suspicion of murder not long after the death due to evidence found at the scene, but the district attorney's office did not file charges and released Jill from custody two days later.

LAPD Lt. Bob Toledo said at the time that detectives were looking at the possibility that a suicide note was written by Jill and said those "inconsistent statements" also implicated her as being involved in her sister's death.

Jill has been a producer on several TV talk shows and legal shows, including "Divorce Court" and "Jerry Springer."