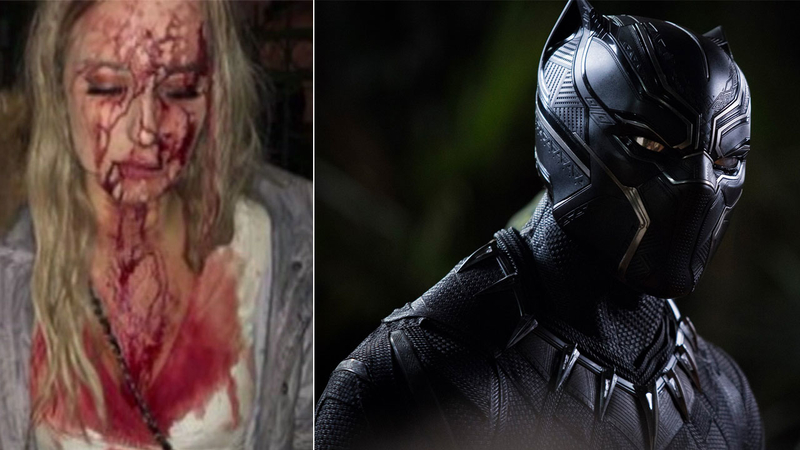 BURBANK, Calif. (KABC) -- Marvel's "Black Panther" has opened to rave reviews and impressive box office numbers, but some people are trying to spoil the movie's debut by claiming they were assaulted while watching the movie.

The movie, which features a predominantly black cast, could set the record for the largest President's Day weekend opening ever. But dozens of fake tweets are trying to deter people from theaters with claims there have been racist attacks on white people outside screenings.

"I think that's just another evidence of how trolls out there are just ruining news out there," Houman Sayaghi said.

Some of the tweets, according to internet sleuths, were stolen photos taken from actual accidents and beatings. Bots used them to bait people online. Many of those bots have since been taken down and revealed.

"It's really, really hurtful because the movie was amazing. They talk about issues that we're dealing with right now - just being a human being. It was amazing," Hattie Sallie said.

"Guardians of the Galaxy" writer and director James Gunn sent out a tweet in response, saying the "racists are out there rearing their ugly heads with lots of fake tweets about violence at Black Panther screenings."

The racists are out and rearing their ugly heads with lots of fake tweets about violence at #BlackPanther screenings. In truth, people from all walks of life have been enjoying the film together this weekend. Don’t let this BS scare you away. ❤️ https://t.co/CSdlcpVuPp

People came out of the sold-out showings in Burbank and said it's all the more reason to support the groundbreaking movie.

"I think that the whole point of the movie is that we need to fight all of this negativity and division. It's not about fighting with racism or hatred. The only thing that's really going to change anything is love. I think people should definitely see the movie. It's really good," Amber Norris said.

Los Angeles police said there has been no evidence of any kind of attack at any of the screenings in the area.