Gabor died of a heart attack Sunday at her Los Angeles home. She had been bed-ridden since 2011, when doctors amputated one of her legs because of gangrene.

Husband Frederic von Anhalt told the Associated Press they did everything they could to save her.

"We tried everything, but her heart just stopped and that was it," he said. "Even the ambulance tried very hard to get her back, but there was no way."

Gabor would have celebrated her 100th birthday on Feb. 6.

"As Zsa Zsa Gabor's friend and former publicist... I came to know her quite well," Edward Lozzi said. "She did not suffer fools well."

"Despite the people that came into her life these past few years, and the controversy they have caused," Lozzi said, "those that are still around from the 1950's 60's and 70's know that Zsa Zsa Gabor is an American icon and the key link in the Gabor-Hilton dynasty which will still exist for generations to come."


Fans and fellow celebrities offered condolences on social media as word of Gabor's passing spread.
"There will only be one Zsa Zsa Gabor," broadcaster Larry King said on Twitter. "And, I liked her a lot. Rest in Peace, my dear."

There will only be one Zsa Zsa Gabor. And, I liked her a lot. Rest In Peace, my dear.

Gabor was known more for her larger-than-life personality than for her performances. She began appearing in films in the 1950s, and the original "Moulin Rouge" was considered her best work. She also starred in the 1958 campy sci-fi film, "Queen of Outer Space."

Gabor was basically a professional celebrity and she did it well. She appeared looking the part, dripping with diamonds, and she called everyone "darling" -- off-screen and on.

The starlet married nine times. "I have never hated a man enough to give his diamonds back," she once said.

In 1990, she made headlines for slapping a police officer during a traffic stop and was sentenced to 72 hours in jail. She later spoofed her cop-slapping incident on screen.

Gabor had been hospitalized repeatedly since she broke her right hip in July 2010 after a fall at her Bel-Air home. She already had to use a wheelchair after being partly paralyzed in a 2002 car accident and suffering a stroke in 2005.

But this is the Gabor fans will remember: glamorous, regal -- and maybe a little outrageous, too. 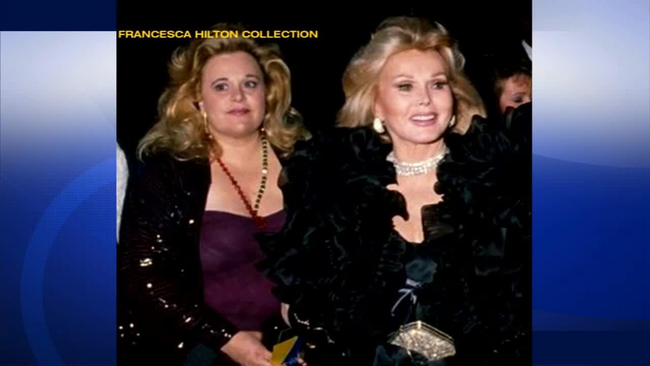