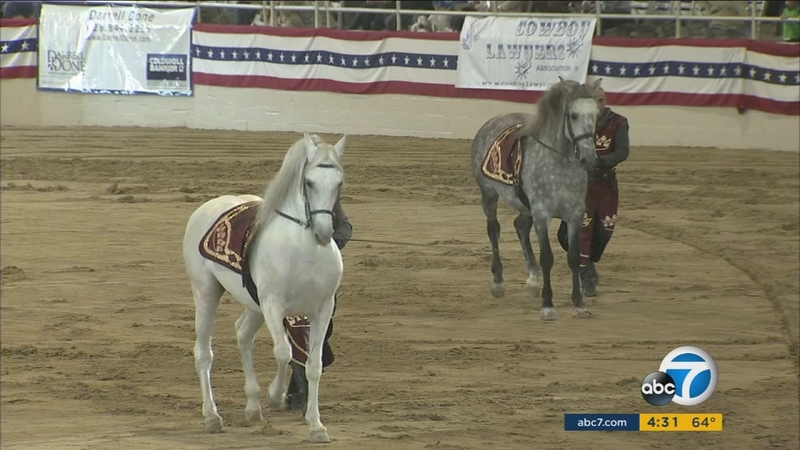 "Even though it was a tough, tough decision, it was an easy decision to make based upon the value of the family relationship that we have with the participants," said Craig Washington, chairman of the Tournament Roses equestrian committee.

Hundreds of horses were quarantined at the Los Angeles Equestrian Center after infected horses returned from show in Las Vegas. One of the horses, a 5-year-old, was euthanized in November.

"The quarantine still has not lifted. We made the decision based on the purpose for the importance of safety," Washington said.

For the past 28 years, more than 200 horses have participated annually in Equestfest, composed of local horse units and others from across the U.S.

"One of our highlighted events units coming from all over the country this gives them opportunity more than parade route," Washington said.

State officials said that there have been 13 confirmed cases at the Los Angeles Equestrian Center, where one horse remains in isolation.

"We've recommended that all of our units find boarding at different locations throughout L.A. County," Washington said.

As many as 3,000 people bought tickets for the horse show, all of whom will be offered refunds, according to the Tournament of Roses.