Escaped inmate with distinctive skeleton face tattoo back behind bars 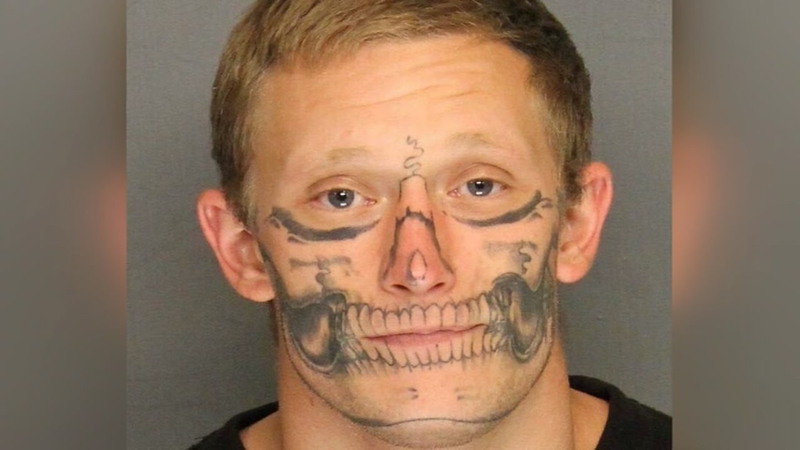 Inmate Corey Hughes, 27, has part of a skull tattooed on his face, including skeleton teeth around his mouth.

When Hughes' mugshot was released after he walked away from a jail work camp in November, it went viral.

It's unknown if his unusual tattoo played a role in his apprehension Thursday morning. Hughes was serving time for a weapons charge and was scheduled for release in February, but he will now have to serve more time.