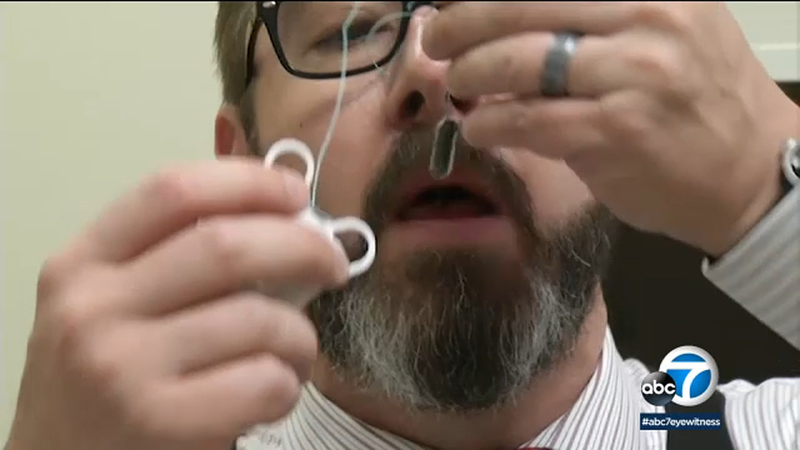 There's a new way for those who suffer from gastroesophageal reflux disease to determine if it's more than just heartburn.

The condition can also be an early sign of cancer.

David Brown is one of the first people in the United States to try out the procedure that detects cancer in the esophagus, which claimed his dad's life.

Brown already struggled with severe heartburn, which would last for days.

"A lot of people live with reflux, live with Barrett's esophagus, live with esophageal cancer and they just don't know it," said Dr. Jason Samarasena, a gastroenterologist at UC Irvine.

Previously, the only way to detect esophageal cancer was an endoscopy, which requires the patient to be sedated for a few hours. But the new Cytosponge takes just seven minutes and the patient is awake the entire time.

The Cytosponge is a capsule the size of a multivitamin that is connected to a string. After the patient swallows the capsule, its outer coating dissolves and releases an expandable sponge. Then the doctor pulls on the string.

"As we're pulling on the string, the sponge is touching the esophageal tissue and collecting cells. It collects about 500,000 cells throughout the esophagus," Dr. Samarasena said.

Those extracted cells are then analyzed for any signs of cancer.