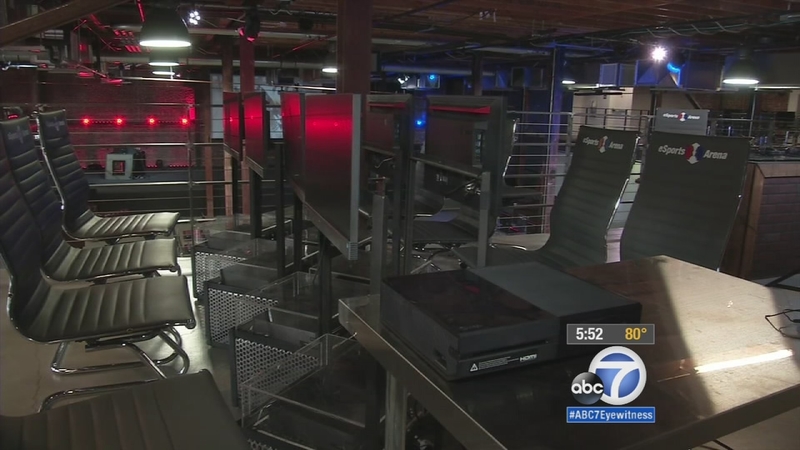 SANTA ANA, Calif. (KABC) -- Computer and video gamers will be battling it out this weekend in Santa Ana. The world's first eSports Arena is set to open.

Longtime friends Tyler Endres and Paul Ward always bonded over a love for video games. As they watched the world of eSports or competitive gaming grow, they came up with an idea.

"A place where you can go play video games competitively all the time, and actually have some satisfaction from it, and win some prizes, some prize money from it," said Endres, eSports Arena COO.

After more than two years of planning and building, they're ready to unveil eSports Arena. The massive 15,000-square-foot gamer's paradise in downtown Santa Ana can host any size gamer tournament or league.

"The ground floor can hold up to 120 PCs. Our mezzanine will typically hold up to 64 Xboxes," said Endres.

For any given finals event, eSports Arena will put two competitors on stage with cameras on them and their screens so everyone in the crowd can see. They'll also stream the screen online to hundreds of thousands of viewers at home.

This weekend, eSports Arena will debut with a huge tournament with a $25,000 purse. The public can then buy monthly memberships.

For gamers of all skill levels, it's another step for this growing community.