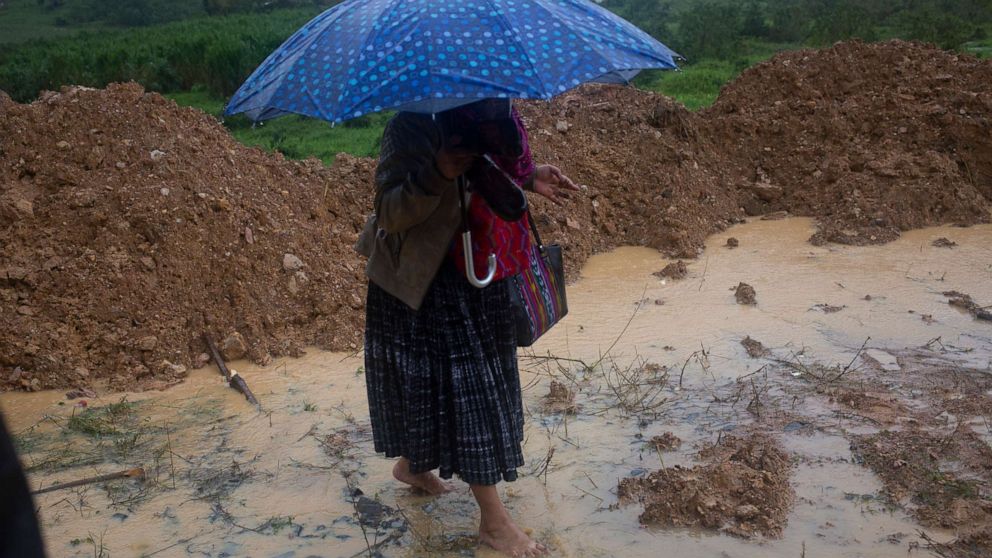 Eta has strengthened back into a tropical storm on Saturday morning, with winds of up to 40 mph. The storm is some 45 miles west-northwest of Grand Cayman and is moving northeast at 17 mph.

Tropical storm watches have been issued for parts of southern Florida, including the Florida Keys.

The current forecast track expects Eta to approach the Cayman Islands Saturday. Eta will then move over Cuba Saturday night and Sunday, and then be near southern Florida by Sunday night and Monday.

There are already some outer bands of Eta moving into southern Florida Saturday morning. Some of these bands could contain gusty winds and heavy rain. Additionally, isolated waterspouts and tornadoes will be possible in some of these outer bands.

Rainfall continues to be the main threat from Eta. Parts of Central America could see another 2 to 5 inches of rain before Eta moves far enough away from the region. This could bring isolated storm totals of 40 inches in parts of Honduras and Nicaragua.

Rain totals in Jamaica and the Cayman Islands could approach 15-25 inches, with most of that rainfall having already fallen. Locally, up to 2 feet of rain could fall in Cuba as well. This amount of rainfall will continue to bring the risk for life-threatening flash flooding, as well as mudslides and landslides.

Rainfall totals in Florida could exceed a foot of rain, especially in extreme southern Florida. It's important to note that southern Florida is capable of absorbing a good amount of rainfall. However, October was a very wet month for the area. That, combined with the likelihood of intense precipitation, could lead to flash flooding, especially in the more urban areas in the Miami metropolitan area.

A storm surge of 2 to 3 feet will be possible in parts of southern Florida as well.

The forecast track brings Eta into the Gulf by Tuesday and Wednesday, where it likely will be able to remain its tropical storm status. It is unclear exactly where Eta will go at that point. However, it is likely to remain a tropical threat to parts of the Gulf, especially Florida, through the middle of the week.
Report a correction or typo
Related topics:
abc newsnational
Copyright © 2021 ABC News Internet Ventures.
More Videos
From CNN Newsource affiliates
TOP STORIES