Social media mocked Evan Wilt for the way he bit into a Kit Kat, but it was Wilt who got the last laugh when he used the chocolate treat to propose.

WASHINGTON -- Weeks after he went viral for the way he ate a Kit Kat, a Washington man poked fun at the controversy he caused online by using the chocolate treat to propose to his girlfriend.

In late May, reporter Haley Byrd tweeted a widely circulated photo showing how her then-boyfriend Evan Wilt ate his first Kit Kat, which he bit right into in one piece without breaking the individual bars apart.

Social media went wild, poking fun at Wilt for throwing candy etiquette to the wind, but it was Wilt who got the last laugh.

On July 4, Byrd posted photos showing Wilt's marriage proposal from the day before. He got down onto one knee in front of the Washington Monument with Byrd's engagement ring hidden in a fake Kit Kat bar.

After Byrd accepted Wilt's proposal, the happy couple posed with an actual Kit Kat bar and later celebrated with a Kit Kat cake, though Byrd quipped in a tweet that Wilt "still doesn't know how to eat a Kit Kat."

Kit Kat later took to Twitter to reveal that the company helped Wilt pull off the candy-themed proposal by crafting a 3-D printed candy bar to "give him a break and help with his proposal." 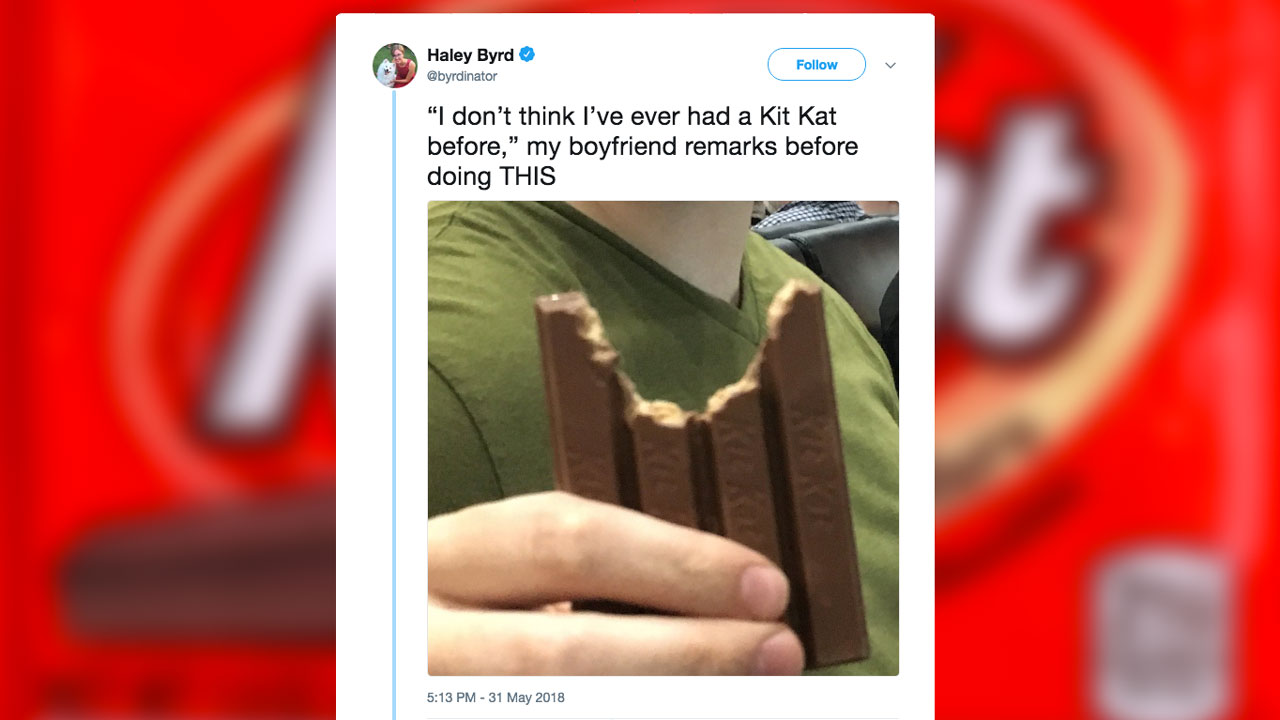 Is eating a Kit Kat like this a deal breaker?