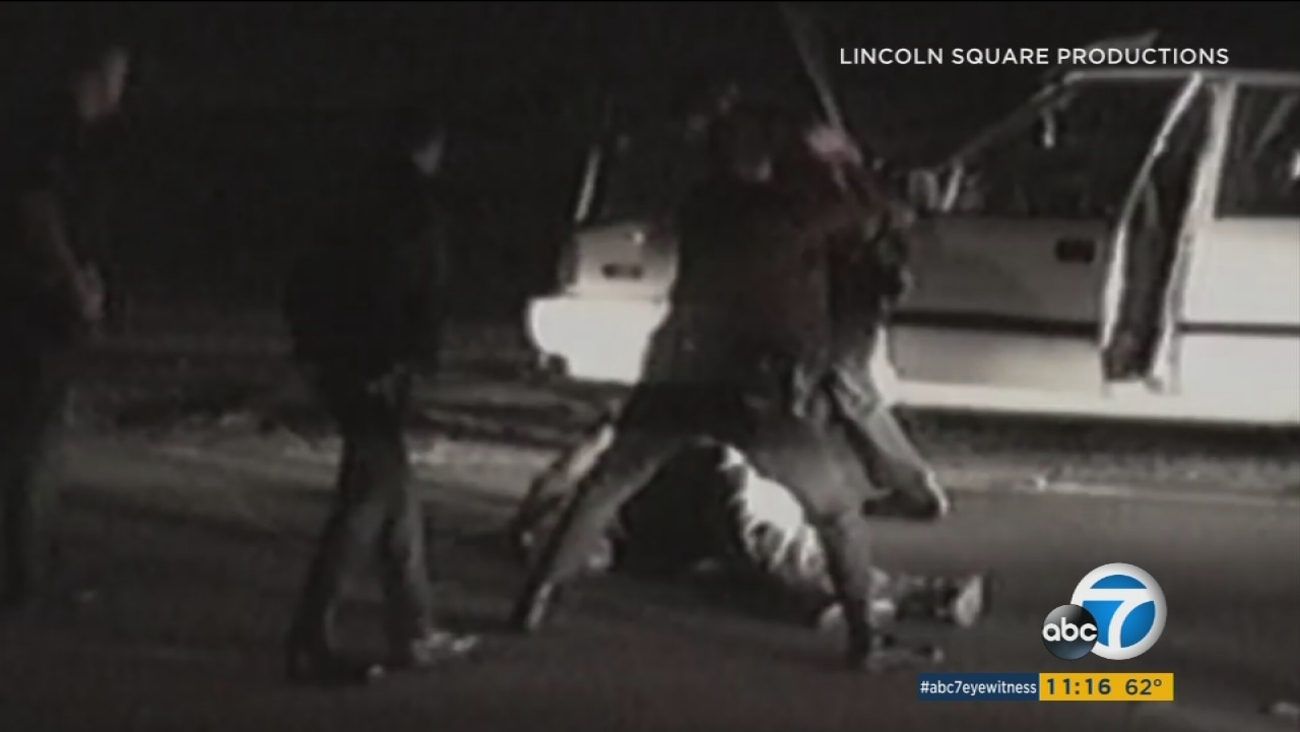 A still image from the documentary "Let It Fall" shows the police beating of Rodney King. (Photo: Lincoln Square Productions)

LOS ANGELES (KABC) -- The former Los Angeles police sergeant who went to prison for his involvement in the Rodney King beating was arrested after he crashed into a parked car in the Castaic area while allegedly under the influence of alcohol.

Stacey Koon, 67, of Castaic, was driving a 1999 GMC Yukon along Heather Lane west of Greenwood Place around 3:30 p.m. Tuesday when he crashed into a parked car, according to a California Highway Patrol incident report.

Authorities said Koon, the only person involved in the wreck, sustained no visible injuries from the collision.

The CHP told ABC News that Koon submitted to a blood test, and he was over the legal limit by a "decent amount" but not double the limit.

Authorities also said it was a witness who dialed 911 and reported seeing the driver, Koon, hit the parked car and appearing drunk.

Koon was the police sergeant in charge when King was beaten. Koon was a 14-year veteran of the LAPD who had been commended several times for his work.

Acquitted of criminal charges at his state trial, Koon was later convicted in federal court of violating King's civil rights and sentenced to 30 months in prison. In his memoir, "Presumed Guilty: The Tragedy of the Rodney King Affair," he maintained he and his fellow officers did nothing wrong.

Instead, he blamed the riot on the reaction of the news media and city officials to King's beating.