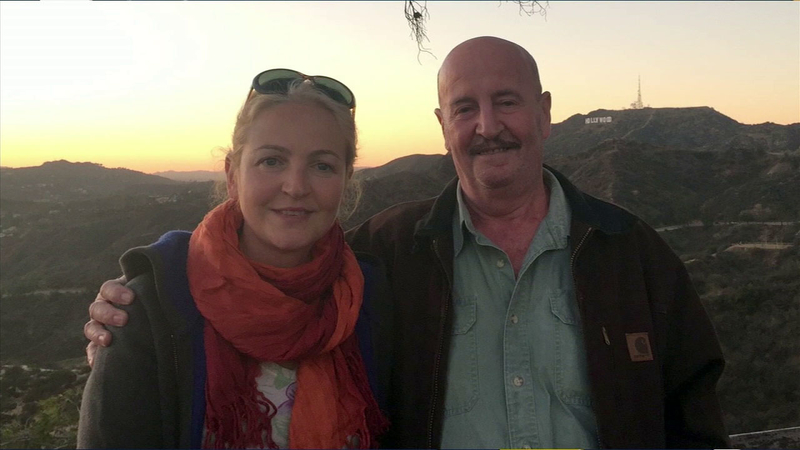 THOUSAND OAKS, Calif. (KABC) -- A family spoke exclusively with Eyewitness News Friday about how a beloved family member was killed when a suspected drunk driver crashed into a room in the back of their Thousand Oaks home.

Yana Lirtsman adored her father Igor, a former pilot from New York who was visiting his family for the holidays. But his life was brutally cut short on Dec. 22.

"That moment is the moment when you feel like your life just kind of goes outside of your body," Lirstman said.

Just before 2 a.m., she and her husband, Amr Abdel Dayen, were jolted awake. Lirtsman said they heard something that sounded like an explosion.

Amr jumped out of bed and ran toward the noise, which was coming from the family room where his father-in-law had been staying on a sofa bed.

Every time Amr said "pa," he was hoping that he would get an answer, but never got one because a truck was in the middle of the room.

The driver had gone through a cul-de-sac on a street above, crashing through a wooden fence and plunging 40 feet down an embankment into the room.

Amr said he saw the truck and quickly began to understand what happened.

Instead of stopping, the driver kept trying to find a way out of the car. Amr said the man repeatedly said "I just want to go, bro."

But Amr was able to keep the man inside until police arrived. The suspect, identified as 19-year-old Justin Stahlberg, of Camarillo, now faces felony vehicular manslaughter and DUI charges.

Ventura County sheriff's officials said Stalberg posted bail later that afternoon, and he is free until his arraignment on Jan. 6.

The fact that he posted bail came as a shock to Yana, especially based on the way her father died.

"His spinal cord was detached, and he was partially decapitated. It's brutal. It's awful, and to live with that, to understand that...my father didn't deserve to die like that. Nobody does," she said.