Mandoyan's ex-girlfriend, a fellow deputy, filed a temporary restraining order against him in 2015, dissolved it two weeks later, resigned from the department in 2017 and now declines to comment on the matter.

Her report to El Segundo police detectives, however, is recorded in audio files obtained exclusively by Eyewitness News.

Among the allegations denied by Mandoyan is that he once tried to choke her.

DETECTIVE: "So you felt like you were going to die?"

She says he pushed her on the couch.

FEMALE DEPUTY: "And he grabbed my jeans, like grabbed my pants, and just ripped them completely from the button all the way down to the legs."

DETECTIVE: "And he ripped them off?"

Mandoyan and his lawyer are speaking out about the case as a new state law now allows government agencies to release records previously protected.

Mandoyan, 47, was fired by former Sheriff Jim McDonnell in 2016 and the termination was upheld by the Civil Service Commission in 2017.

Mandoyan maintains that the county manipulated the evidence and that his accuser gave false testimony.

He notes that the ex-girlfriend did not keep the ripped jeans as evidence of the alleged attack.

Mandoyan and his attorney also point out that the ex-girlfriend occasionally laughs during her interview with El Segundo police detectives. At one point, she realizes El Segundo police had shown around the video she took of Mandoyan allegedly trying to break into her apartment.

FEMALE DEPUTY: "He was like, 'We were watching the videos,' and I'm like, 'we?' Like, it's funny, we would all do the same thing at work, too," she said, laughing.

The case is getting close scrutiny because Villanueva has taken a stand to re-instate deputies he believes were wrongly terminated. Mandoyan was a close aide during Villanueva's campaign.

The county is taking Villanueva to court in June to contest his authority to hire who he pleases.

Mandoyan maintains that his ex-girlfriend and another female deputy he briefly dated plotted together to bring him down.

The alleged victim told El Segundo police that Mandoyan's other ex-girlfriend was going to serve the restraining order personally.

Mandoyan says he was shocked to see the second ex-girlfriend at his door serving the temporary restraining order for his first ex-girlfriend.

"She serves me with the TRO that you guys have. She smiles at me and says - 'Hey... and it was like a joke to her," Mandoyan told Eyewitness News.

Mandoyan says he doesn't believe the women intended to destroy his career. Though he reports to work every day, he is not getting paid and he was notified that his family's health insurance expired over the weekend. 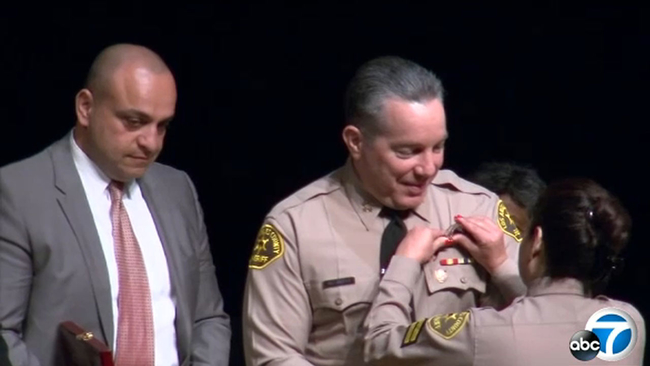 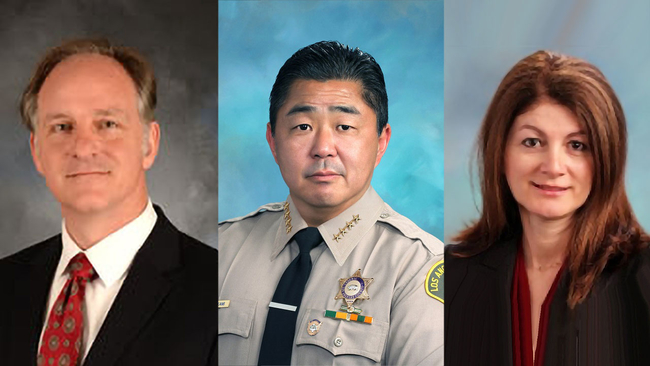 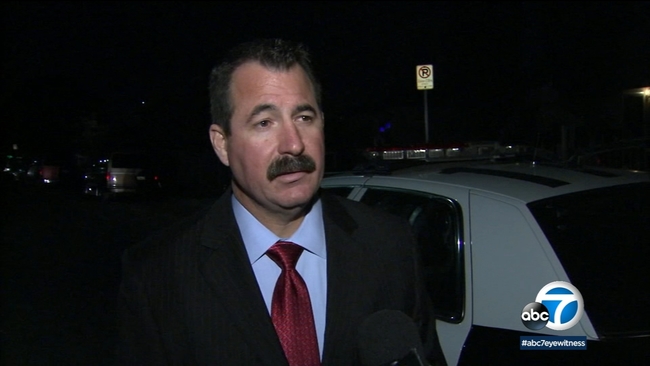