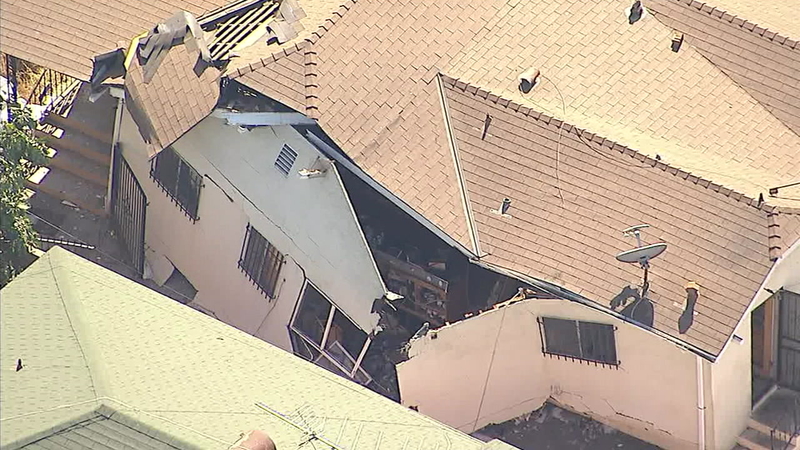 BOYLE HEIGHTS, LOS ANGELES (KABC) -- A man was critically injured in an explosion that ripped apart a home in Boyle Heights Thursday, according to the Los Angeles Fire Department.

Firefighters responded to the explosion in or near the one-story home in the 1100 block of S. Lorena Street shortly after 12:30 p.m.

The victim, described only as a 45-year-old man, was transported to a nearby trauma center with critical burns.

Fire officials said there is structural damage to the walls and roof of the home, as well as the inside. Footage from AIR7 HD showed the house significantly cracked open from one side.

AIR7 HD is over the scene of an explosion in Boyle Heights on Thursday.

"All four walls have large cracks, the ceiling was damaged, heavily inside, and a portion of the roof was actually lifted off from this explosion," said LAFD Capt. Erick Scott.

After a primary search of the home, fire crews determined no other humans were inside the residence during the incident, but two dogs were found and rescued.