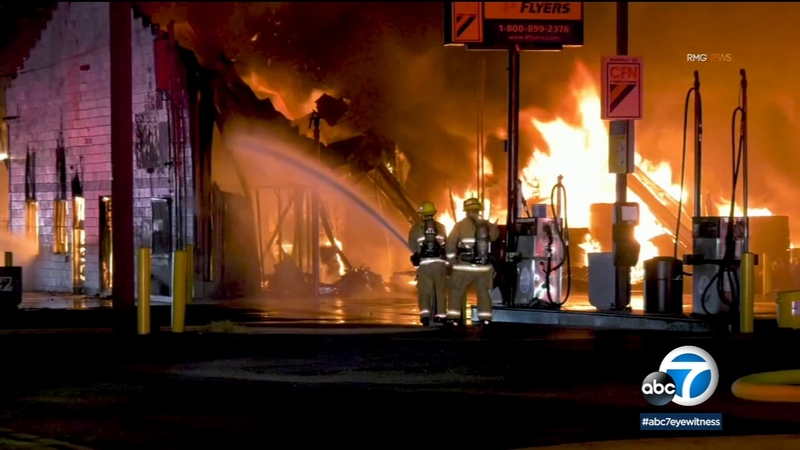 RIVERSIDE, Calif. (KABC) -- A fire ripped through a building in Riverside as firefighters attempted to contain the blaze early Tuesday morning.

Video from the scene showed a building near gas pumps engulfed in flames as crews started an aggressive attack after the fire erupted at approximately 2:04 a.m. on the 3000 block of E. La Cadena Street.

Part of the building, a tire storage facility, collapsed.

According to Riverside Fire Battalion Chief Thomas Jay, it took about two hours to control the flames and tires inside the facility exploded.

The cause of the fire was not known, and an investigation was underway.
Report a correction or typo
Related topics:
riversideriverside countybuilding firefire
Copyright © 2021 KABC-TV. All Rights Reserved.
More Videos
From CNN Newsource affiliates
TOP STORIES