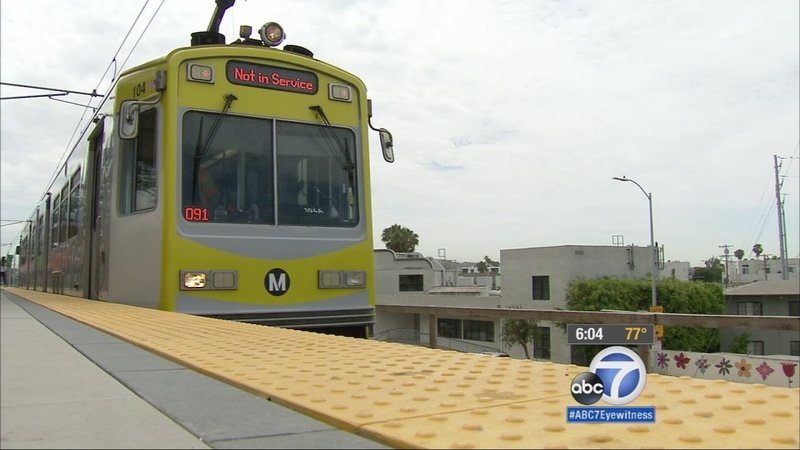 The Expo Line is now 90 percent complete. The entire $860 million project aims to connect downtown Los Angeles with the beach.

The project has endured delays and cost overruns, but supporters say the Expo Line is an integral part of the city's future.

Mayor Eric Garcetti hopes the Expo Line will reduce the traffic on the 10 Freeway or on clogged Westside streets.

"That has changed. Traffic has gotten so intolerable that folks are clamoring for this. Every single day, someone's asking me when is this going to open," Bonin said.