KABC
By Leo Stallworth
VAN NUYS, LOS ANGELES (KABC) -- Students, parents and staff at a Van Nuys high school are still reeling one day after a shooting just off campus left a teacher and student wounded.

A Van Nuys charter school employee and student were wounded in a shooting across the street from the campus on Thursday. 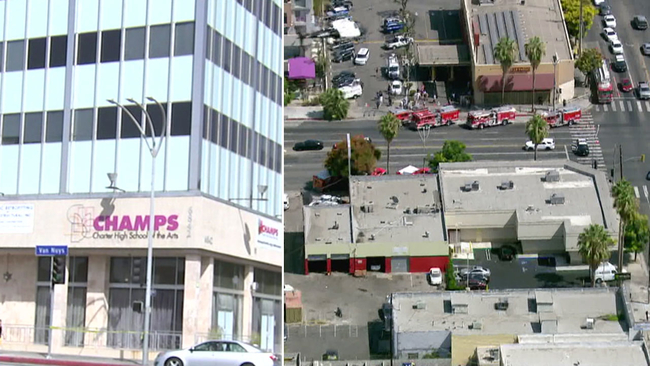