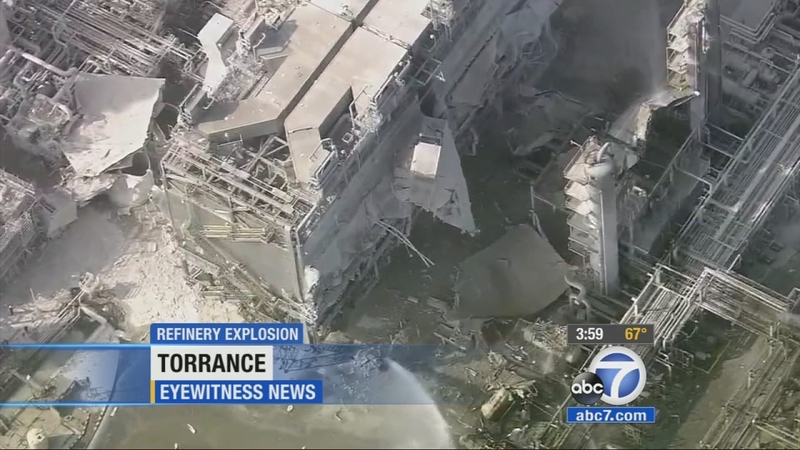 TORRANCE, Calif. (KABC) -- An explosion at the Exxon Mobil refinery caused structural damage and was felt for miles around Torrance on Wednesday, but there were no major injuries.

The blast happened in a processing unit at the refinery in the 3700 block of 190th Street at 8:50 a.m. The explosion was followed by a ground fire, which was quickly knocked down.

The explosion was so strong that it registered as a 1.7-magnitude earthquake on a nearby seismometer operated by Caltech and USGS.

Employees say they first noticed a smell and then heard and felt the explosion. 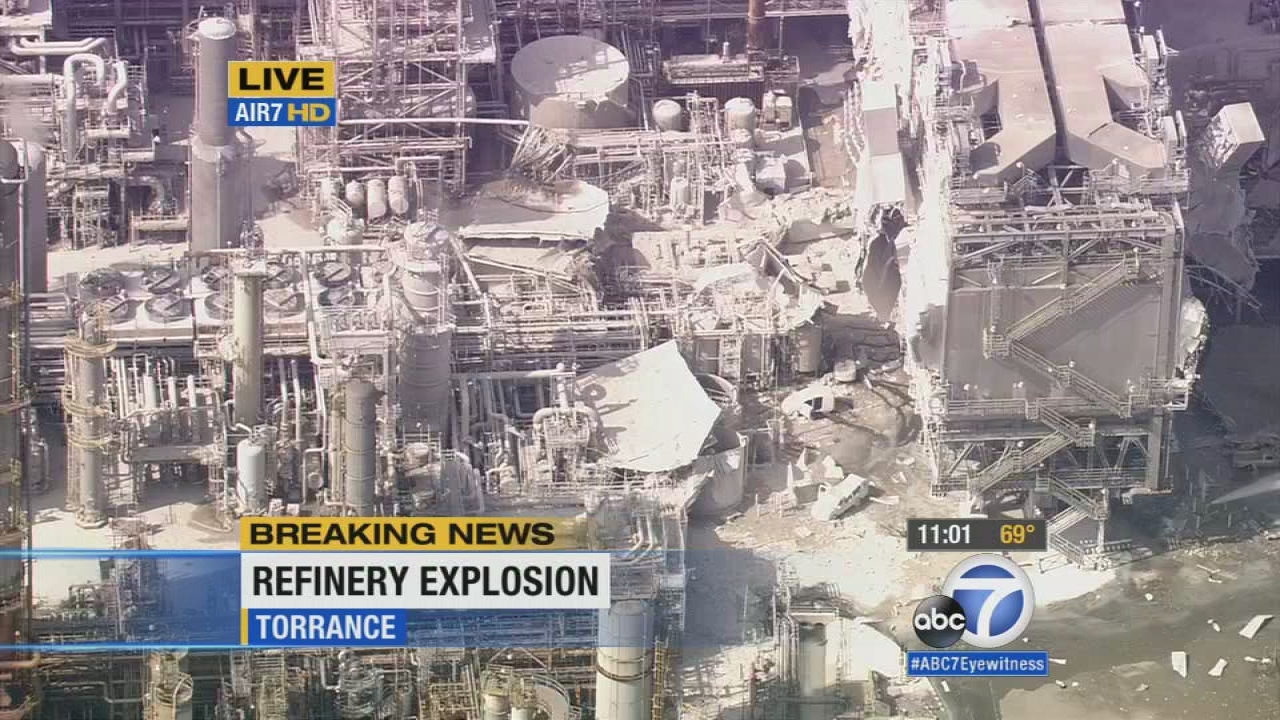 "I was maybe 100 yards away from the explosion," Payne said. "I can see the billowing of the smoke and the fumes coming, so I just located my guys and told them that we gotta go."

Exxon Mobil said in a statement that four contractors were transported to Long Beach Medical Center for minor injuries, and everyone was accounted for.

Weird ash like substance falling in Torrance! What's up?? pic.twitter.com/UjVcvDnhEA

Some area residents reported feeling an earthquake-like jolt. Then, they saw ash falling in the neighborhood following the blast. The Torrance Fire Department says the white ash-like substance is non-toxic, but may pose inhalation risk as all airborne particles do.

"We just heard this loud bang. We saw the walls cave in," said witness Daniel Wolfe. "It was kind of scary. We thought it was an earthquake, but it was too quick." 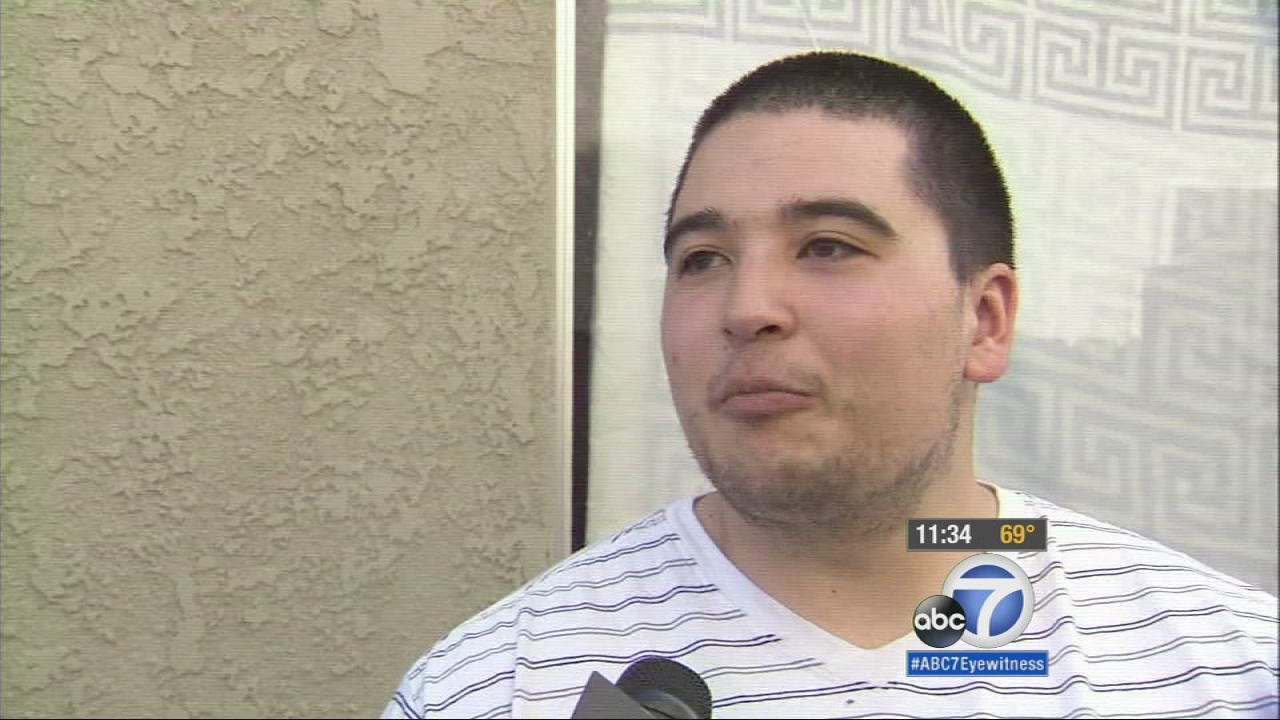 When the explosion happened, the system went into an immediate burn off, shooting flames 200 to 300 feet into the air and putting out extremely black smoke.

Torrance police said air quality readings were normal, but area residents were advised to shelter in place temporarily. The shelter-in-place order has since been lifted.

The Torrance Unified School District advised schools to shelter in their students. A total of 13 schools were affected, and parents were notified.

Torrance fire officials say the situation was stabilized by noon.

Del Amo Boulevard was shut down between Maple Avenue and Crenshaw Boulevard for several hours. The road reopened just after 2 p.m.

A fire official said the product involved in the explosion was gasoline. The cause of the blast was not known. 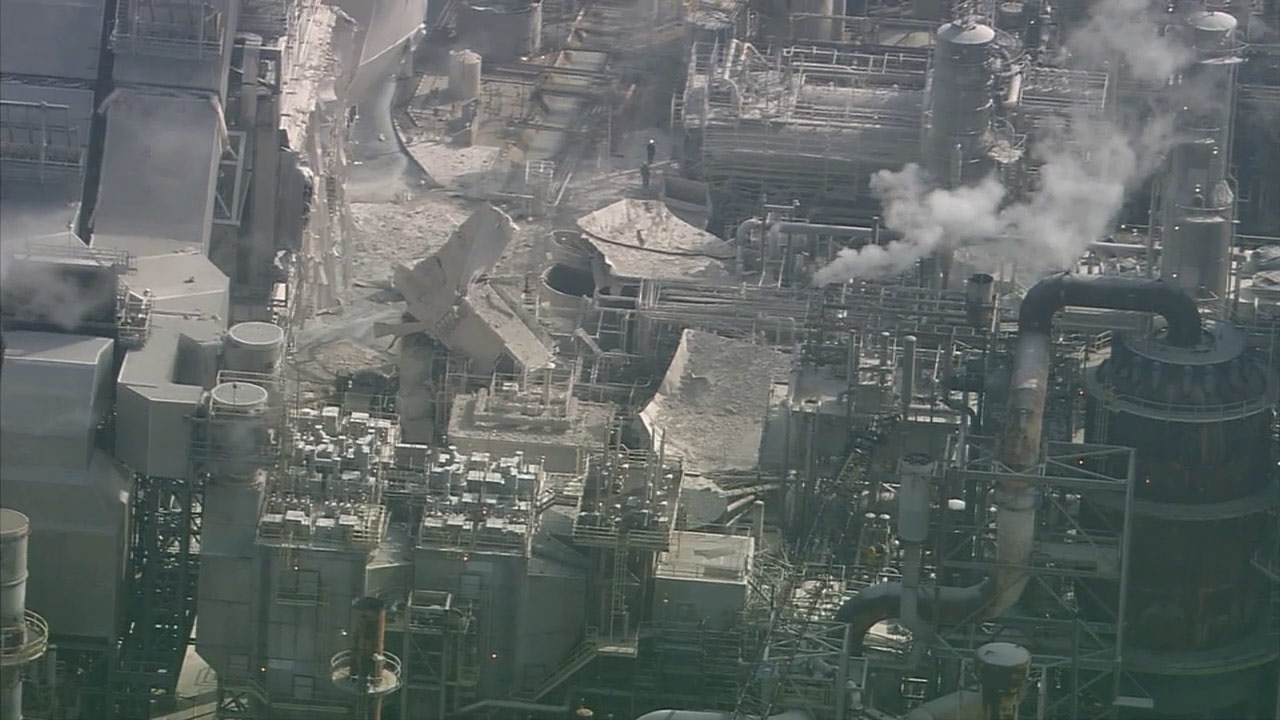