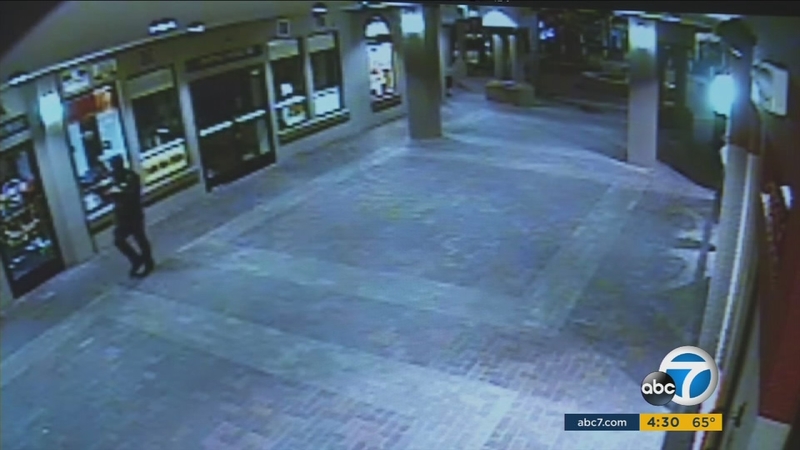 HUNTINGTON BEACH, Calif. (KABC) -- Investigators say a man stole tens of thousands of dollars in eyewear in Huntington Beach and returned to his home state of Illinois.

But thanks to surveillance video, the law caught up with him.

The video shows a man wearing a black hoodie staring inside the window of Main Street Eyewear.

"Our officers went over there and they saw an open door. After looking inside, they noticed the business was ransacked," Huntington Beach Police Officer Jennifer Marlatt said.

The video from the night of March 2 shows the man coming back to the store with what looks like a pillowcase. After looking around, he yanks the door open and goes in.

Three minutes later, he leaves with a full bag. But he's not done.

"He is also seen on video again returning to the same business approximately an hour later and filling up another bag," Marlatt said.

The video shows him walking out with another full bag. Then, another camera shows him getting into a cab on Main Street. Police say he stole more than $60,000 worth of merchandise.

Using the video, detectives tracked the man through the cab company.

"We're able to gather some information that led them to another location to positively identify the suspect," Marlatt said.

Detectives say the man lives in Illinois and was in the Southland working temporarily. They put a warrant out for his arrest.

This isn't his first run-in with law enforcement.

"Yesterday, the U.S. Marshals located our suspect and took him into custody," Marlatt said. "At this time, he has several warrants in that state that he has to take care of."