Eyewitness This: CA independents can vote in Democrats' 2020 primary, but not Republican contest 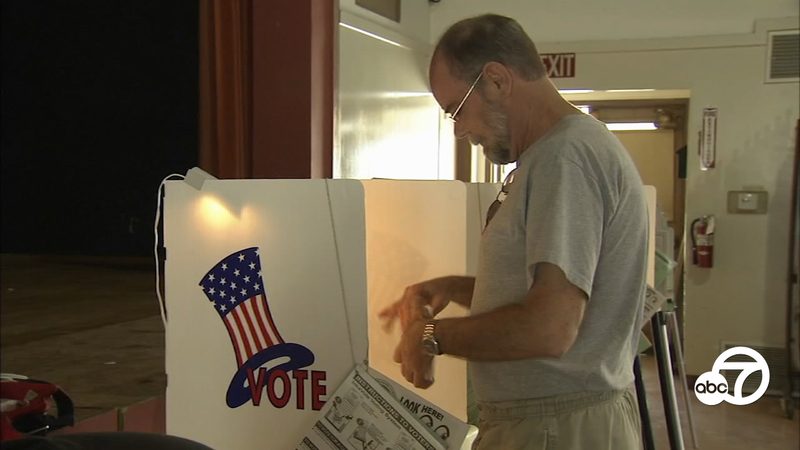 CA independents can vote in Democrats' 2020 primary, but not Republicans'

The state's presidential primary was moved up to March 3, 2020, known as "Super Tuesday," due to the large number of state contests that day. California is one of the biggest prizes, offering nearly 500 delegates in the Democratic nominating contest.

Independent voters, known in the state as "no party preference," make up roughly 28% of registered California voters. But experts predict they'll make up just 15% of the Democratic primary electorate because of extra steps they need to take to get a presidential ballot, said Paul Mitchell, who runs the nonpartisan firm Political Data, Inc., which gathers and sells voter data.

Unlike state primaries, independent voters will need to specifically ask for a Democratic ballot at the polls or by mail ahead of the presidential primary.

More independent voters in California lean Democratic than Republican, but more call themselves moderate than liberal or conservative, according to the nonpartisan Public Policy Institute of California. But Mitchell said the independents who go through the effort of voting in the Democratic contest are likely to be young, more diverse and more progressive.

On the Republican side, it's still unclear if President Donald Trump will be on the primary ballot after state lawmakers passed a law blocking any candidate from running in the primary if they refuse to release their tax returns. A federal judge blocked that move at the Trump campaign's request, but the state is now appealing.