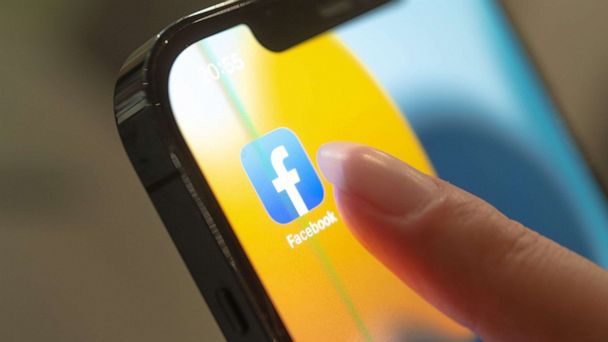 At least until June 2021, Facebook had significant gaps in its efforts to tackle COVID-19 misinformation from one of the most prominent anti-vaccine groups in the world, according to a study from ISD Global, a U.K.-based think tank that studies polarization, extremism and misinformation.

During the first year of the pandemic, Facebook pages associated with the World Doctors Alliance -- an anti-vaccine group whose members regularly post false information about COVID-19 -- ballooned in popularity, according to ISD Global, despite consistent breaches of Facebook's own COVID-19 and vaccine policies. The group's primary page was removed from the platform in July 2021.


"The World Doctors Alliance is a collective of pseudo-science influencers ... that hijacked the pandemic to build up a significant audience online in a multitude of languages in multiple continents," Ben Decker, CEO of Memetica, a digital investigations consultancy firm, told ABC News.

On its website, the WDA lists 12 key members from seven different countries, a number of whom have become leading voices within the COVID-denier and vaccine-skeptic movements.

The ISD Global study also says that Facebook failed to implement its own policies "at a very basic level."

For example, the report outlines some of the false claims from members of the WDA group that were allowed on Facebook, from claims that the COVID-19 virus does not exist, to others acknowledging its existence but downplaying its severity.

The report also claims that other WDA members have propagated overarching conspiracy theories that allege the entire pandemic has been a "scam" or "hoax" "perpetrated by governments, health care authorities and the media."

Researchers at ISD Global looked at the WDA's presence on other social media platforms such as YouTube, Twitter and TikTok but primarily focused on Facebook as it's where the group has the largest following. WDA is also an international group with members posting in multiple languages, even though the members with the largest followings come from English-speaking countries.

"Facebook should use the knowledge of fact-checking organizations to take action on misinformation super-spreaders", the study author, Aoife Gallagher, told ABC News. "Our report highlights how often some of the WDA members have been featured in fact-checks, yet no decisive action seems to be taken."

The Facebook pages of WDA members have increased their number of followers by 13,215% since the start of the pandemic, according to ISD Global. Their posts have garnered 5.7 million interactions since January 2020 and those numbers have increased by 85% in the first six months of 2021. The data also showed that the Facebook posts containing false claims and misinformation got more engagement (likes, views etc.) than others.

Jensen is a Minnesota state senator who came to prominence with anti-vaccine groups when in an interview he gave to Fox News he expressed concerns that COVID-19 fatality numbers could be exaggerated.

Subsequent studies found that the number of deaths due to COVID-19 was actually likely underestimated. Four anonymous complaints challenging his medical license based on his COVID-related comments were investigated and dismissed by state regulators last year, a CBS Minnesota news outlet reported.

Cahill is an Irish scientist who lost her job as a professor at University College Dublin earlier this year, after the college's student union called for an investigation into her for "gross misconduct, " according to Irish newspapers. She was also fined for breaching U.K. lockdown restrictions.

Cahill did not respond to ABC News when asked for comment on the ISD Global study and the fine.

Facebook uses third-party investigators to fact-check posts to determine whether a post containing false or misleading information needs to be either labeled or removed. However, the study states there was "minimal application of these labels across the 50 most popular posts mentioning the World Doctors Alliance or its members in English, Spanish, Arabic and German, despite these posts containing problematic claims." Only 13% of English-language posts were labeled and even less in German (8%) and Spanish (4.5%).

Moreover, the report states that the labeled posts received even more engagement from Facebook users than the posts which were not labeled.

According to Decker, a relatively small number of independent fact-checkers can never hope to police the billions of Facebook posts on the platform. "Fact-checking has always been a Band-Aid on a broken leg to this problem because fact-checking can't address scale," he said.

There was also a huge disparity in fact-checking across different languages, according to the report. The study examined 189 fact-checking articles mentioning the WDA. There were 61 articles written in English, 26 in Spanish and 13 in German, but there were none at all in Romanian, Hungarian, Swedish and Italian despite there being more than 5,528 posts mentioning the WDA in those languages.

Report author, Aoife Gallagher, called on Facebook to put more human resources into its fact-checking efforts but also to improve its automated detection methods. The ISD found examples of one video in English which was labeled as containing misinformation but the exact same video translated into Spanish was not labeled and seemingly went undetected. There were other examples such as an interview Dolores Cahill did with infamous spreader of COVID-19 misinformation, Del Bigtree, which was fact-checked and labeled, yet clips of the same video that were in the form of embedded videos uploaded to Facebook, went undetected.


"It's not about new rules, it's about enforcing the ones they already have," said Gallagher. "Facebook's policies on COVID-19 and vaccine misinformation go into a lot of detail on what content is prohibited and removed, but this report shows they are failing to implement these at a very basic level," she added.

Decker of Memetica said that Facebook should be using the same automated technology to track COVID misinformation that it uses to detect ISIS content and child pornography. "You could feed 5,000 COVID-19 conspiracy memes into a system and it would learn to go seek out those things and either prevent them getting uploaded, prevent engagement or apply a fact-check label," said Decker. "The question is why are these resources not being made available."

ABC News reached out to all 12 members of the WDA for comment.

Only Belgium's Dr. Johan Denis, who had his medical license suspended earlier this year after a Belgian provincial commission found he was placing patients and the public health at risk by violating mask requirements, responded by calling the study "revolting" and incorrectly claiming that COVID-19 is a "scam."

Facebook responded to ABC News saying that the study only looked at a narrow sample of 14 accounts. "This small sample is in no way representative of the hundreds of millions of posts that people have shared about COVID-19 vaccines in the past months on Facebook," according to a Facebook spokesperson. However, when asked, Facebook did not provide ABC News with data to support a claim that this sample was not representative of a wider trend.

The study authors told ABC News that one of the reasons they chose this group was that it was a prominent well-known spreader of misinformation which, in theory, should be easier to police than lesser-known accounts.

"I think it's just a sliver of the pie, just a tiny part of how bad the actual problem is," said Decker. "What about other [Facebook]-owned properties like Instagram and even worse, WhatsApp, where disinformation can spread really quickly because it's already in these kind of baked-in trusted family and local communities," he added.

Decker also said that after the improvements Facebook promised following the 2016 election that the pandemic was a real stress test to see if Facebook has learned anything. "My inclination is that based on what we see now that they haven't really learned anything," he said.