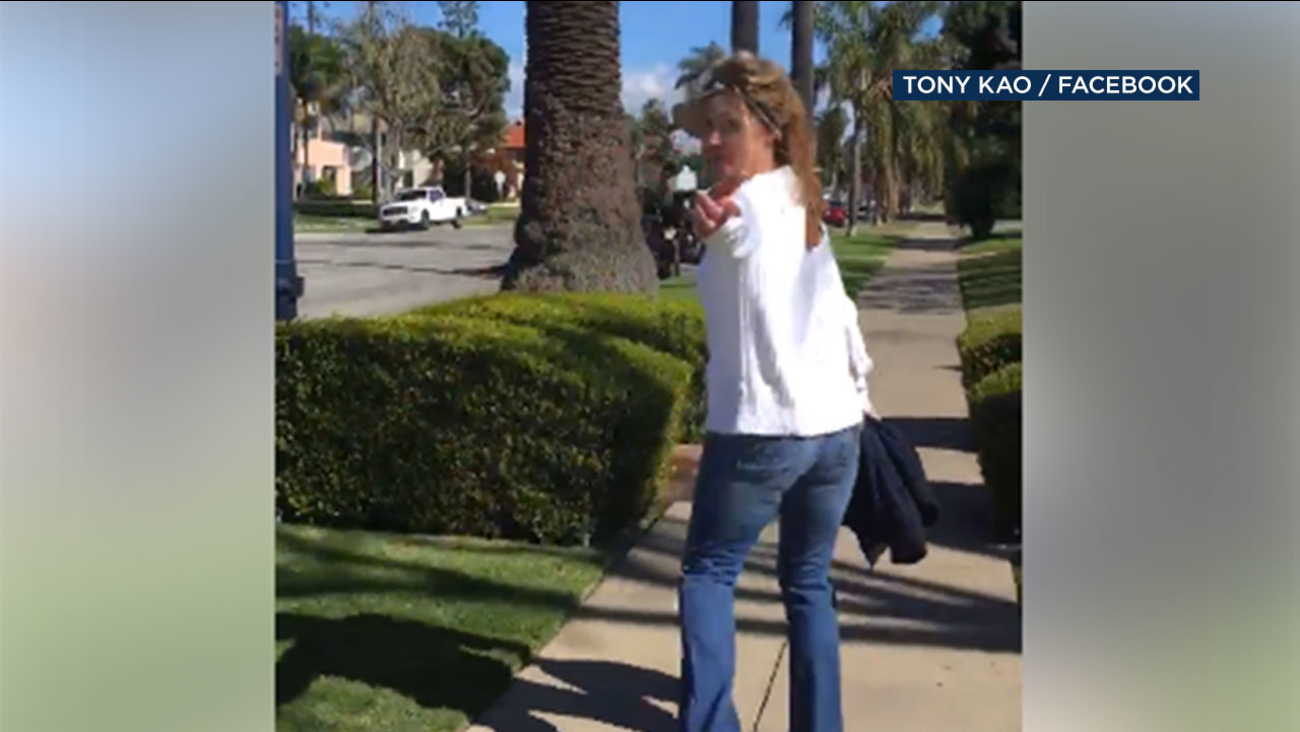 A Long Beach man and his wife recorded an encounter with a woman who told them "Go back to your country." (Tony Kao / Facebook)

LONG BEACH, Calif. (KABC) -- Golden West College has issued a statement condemning a faculty member who was heard on a viral video telling a Long Beach family "go back to your country."

In the video, the woman is shown in a confrontation on the street with a man, his wife and daughter that many have criticized as racist.

She was not identified by name in the video, but she appears to be a faculty member at Golden West College.

The Huntington Beach-based community college has been receiving substantial negative feedback from the public in the wake of the incident after it was posted on Facebook.

Commenters have been leaving strong messages of condemnation for the school on its own Facebook pages, accusing it of being racist for not immediately firing the woman.

While the school issued an initial, brief statement when the incident was first made public, on Tuesday it issued a lengthier, stronger condemnation of the woman's comments.

"Golden West College takes all of the recent concerns and comments expressed by members of our community very seriously. The recent video posted online of a faculty member's comments in public are extremely disappointing and do not reflect the values or mission of the College," the school wrote.

The school said it is reviewing the matter and did not specify what disciplinary actions might be taken.

"We are reviewing all internal policies and viable options for next actionable steps. We do not anticipate the faculty member in question to be on campus this week and because this is a personnel matter, additional details may be limited as further review continues."

The original video depicting the confrontation has been viewed more than 500,000 times.

In it, Tony Kao said he and his wife and daughter were walking in their neighborhood recently when the woman passed by them and without provocation said "Go back to your country."

They were then involved in a brief confrontation, but as Kao's wife began filming, the woman walked away, after again repeating on video: "You need to go back to your home country."

Kao, who said he was born and raised in the United States, said he was stunned to see such attitudes exist in Long Beach, and hundreds of commentators have condemned the woman in online postings.