VIDEO: Women steal from pastor during church in Orange County 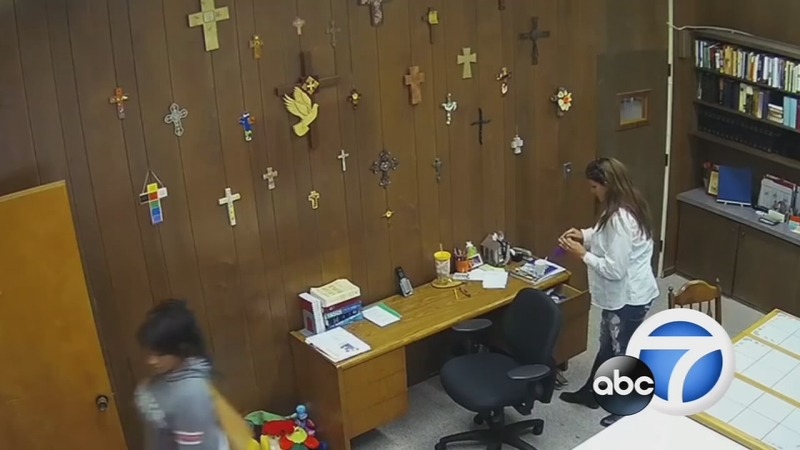 VIDEO: Women steal from pastor during church in Orange County

ANAHEIM, Calif. (KABC) -- Two women were caught on camera stealing from a pastor while church was in service on Sunday, according to church members.

The Faith Lutheran Church of Anaheim said it was targeted by two women while its congregation was in prayer just next door.

The church said its pastor had her wallet, keys and phone stolen. Also, members said a $300 check given to the church by the family of the former pastor who died was also stolen.

Church officials said the women could be local, because one of the suspects was spotted in the church before.