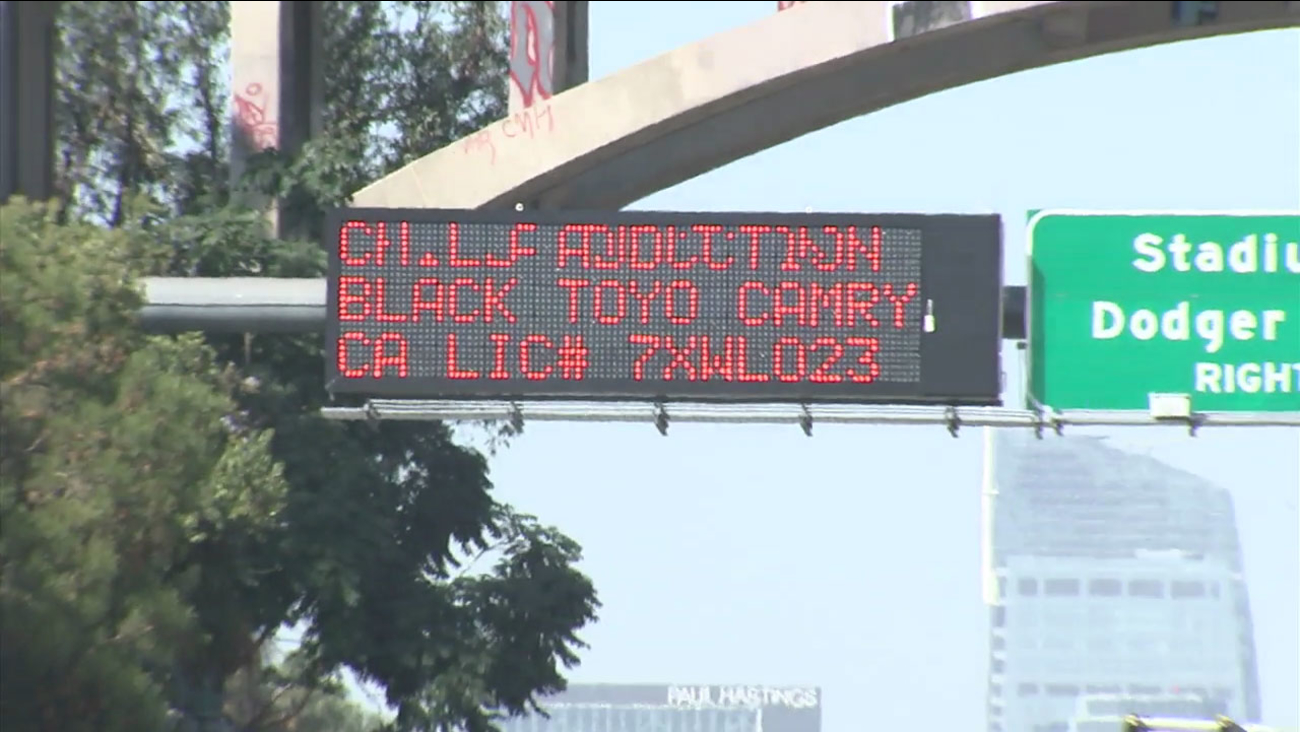 An Amber Alert that resulted in a search for a teen who was never actually abducted according to police is shown in a photo. (KABC)

LOS ANGELES (KABC) -- A 26-year-old woman who filed a false carjacking report that led to the issuance of an Amber Alert has been convicted and sentenced to 60 days in jail, according to Los Angeles City Attorney Mike Feuer.

Charline Gatson entered a plea of no contest to one count of filing a false police report. In addition to the jail time, her full sentence included 36 months of probation and a $220 fine.

Gatson told authorities she was carjacked at 47th and Figueroa streets July 6 and that her stepson, Eric Coleman, was in the backseat at the time of the carjacking.

Authorities identified Kandice Johnson, 31, as the suspect and she was found and arrested the next day in San Bernardino.

"Making a false criminal report is a serious offense with real consequences. It squanders precious law enforcement resources that should be devoted to solving actual crimes," said Feuer. "And here, this reckless and irresponsible action triggered an Amber Alert that diverted attention throughout our region."

A restitution hearing has been scheduled for a later date, according to Feuer's office.